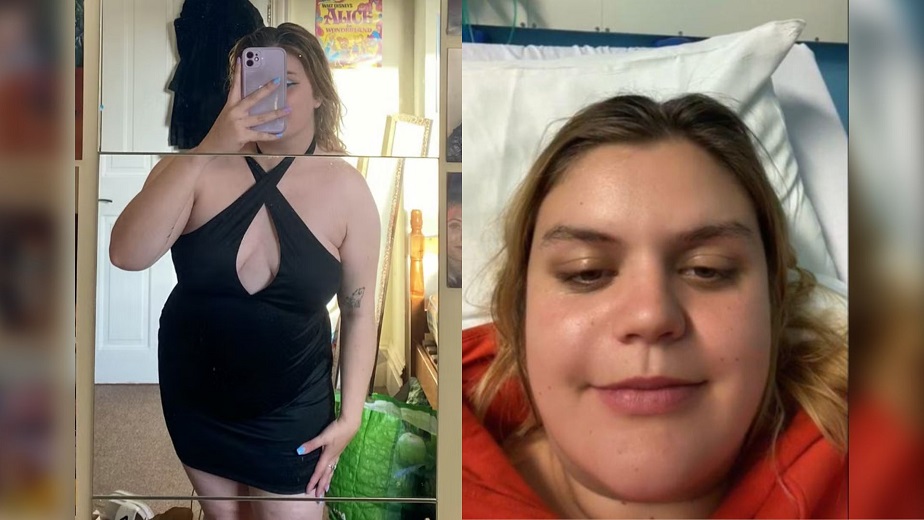 A female student was totally taken aback by the outcome after going to the restroom before going out for the night, as she clearly was not expecting what happened to her.

The 20-year old student, Jess, went to the restroom with stomach pain she initially thought she was experiencing due to her period, but it turned out she was actually pregnant and gave birth to a baby boy.

Jess is reportedly a second-year student of history and politics. She did not know she was pregnant and did not have any visible signs of pregnancy, such as a baby bump. Jess said that her period had always been irregular, which is why she didn’t realize that she hadn’t had a period in quite some time.

She gave birth to an over-6-pound boy and is now adjusting to her new role as a mother.

“When he was born, it was the biggest shock of my life—I thought I was dreaming at first. I didn’t realise what had happened until I heard him cry. It suddenly hit me that I really need to grow up. It took a little while to get over the initial shock, adjust, and bond with him, but now I’m over the moon. He is the most chilled baby ever. He’s known as the quiet baby on the ward,” Jess said.

Jess said that when she awoke in excruciating agony, she thought that it must have been the beginning of her period. She could hardly move and was even unable to lie down on her bed because of how weak she felt.

“I was supposed to be having a house party that night for my birthday the next day, so I had a shower and a bath to try and make myself feel better, but the pain just got worse and worse,” she said.

She suddenly and desperately needed to use the restroom, so she sat down and began to push when she had the need.

“At no point did I think I was giving birth,” she said. “But at one point I felt tearing, but I didn’t know what it was,” she added. I just knew I needed to get it out. Hearing him cry and realising what had actually happened was just so surreal,” Jess added.

Jess and her baby were taken to a hospital where the newborn was placed in an incubator. According to the medical staff, Jess delivered her baby in the 35th week of pregnancy. Jess and her baby are in excellent health now.