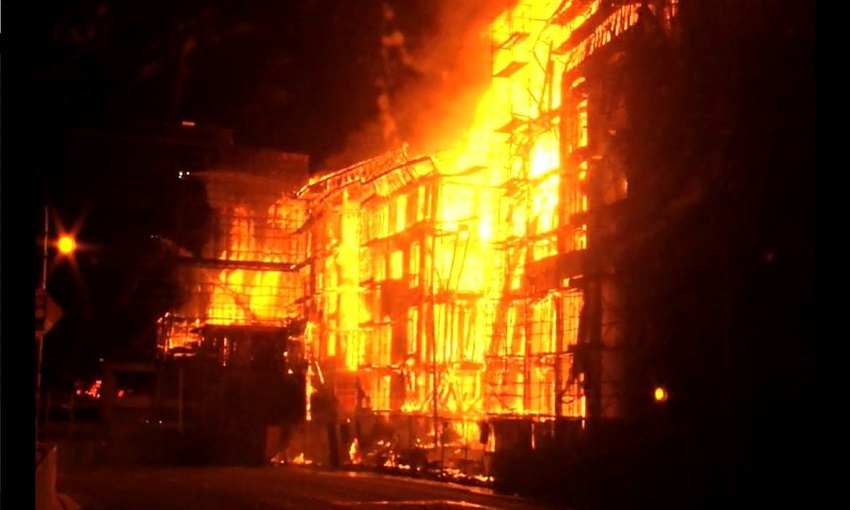 Concord, California – Investigators in Contra Costa County are trying to determine the cause of a fire at a townhouse complex under construction in Concord.

The fire was reported late Thursday night, at the construction site on Willow Pass Road, near Esperanza Drive.

Firefighters said the flames caused major damage to the three-story building, but there were no reports of any injuries

Officials say there were a lot of construction materials on the first floor which served as fuel for the fire. Flames progressed up to the third floor, and then out the roof.

A total of 40 firefighters using 10 units tapped out the blaze earlier Friday morning.

Officials say over the past two weeks there have been a dozen grass fires, and half a dozen structure fires.

“Because it’s near the Fourth of July, we do have a number of fireworks going off illegally,” said Contra Costa County Fire Protection District FCapt. Joe Ottolini. “We’ve had a number of grass fires throughout the county. But we’ve also had a number of structure fires. But we’re not seeing any connection between the fires.”

In addition to the townhome, two vehicles on an adjoining property were damaged in the fire.

The cause is under investigation.