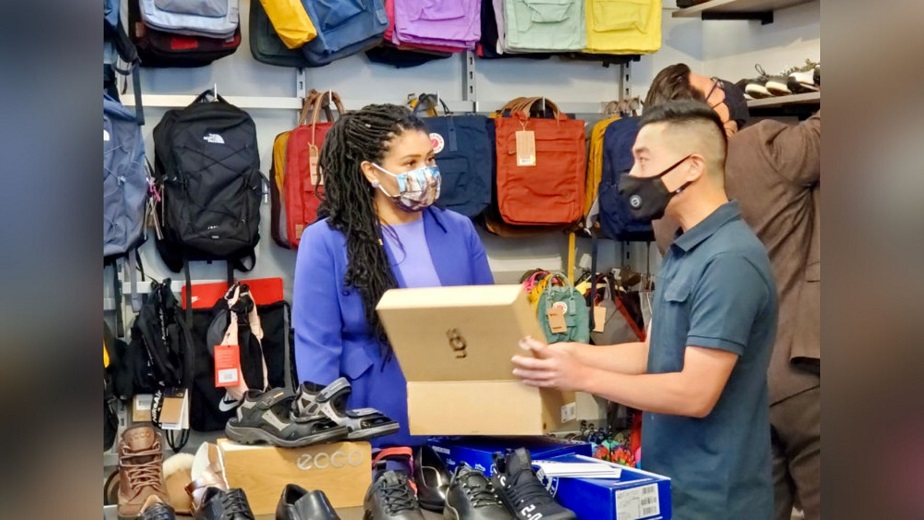 San Francisco, California – For the third time this year, the sports apparel store in San Francisco’s Sunset District has been broken into. On Friday, the latest burglary occurred less than a month after city officials handed the company owner a check to help cover the costs of prior burglaries.

The owner of the Footprint store, Michael Hsu, is trying to determine what was stolen in the burglary on Friday.

He said the suspect made off with thousands of dollars in merchandise, including backpacks, shoes and jackets. The person also stole cash from a register. Hsu filed a police report and handed surveillance footage over to police.

In February, a suspect stole merchandise after using a blow torch to forcibly open the store’s front door. No suspects were arrested, but some of the stolen items were found, Hsu said. On the same day, a looter also entered the store and stole additional merchandise.

The February incident prompted Hsu to contact District 4 Supervisor Gordon Mar, who represents the Sunset. In that conversation, Hsu urged Mar to establish a fund to help business owners pay for damages caused by burglaries.

Mayor London Breed, Mar and other city officials held a press conference last month at Footprint to announce the Storefront Vandalism Relief Grant. Under the program, business owners can apply for up to $2,000 in grant funds to help pay for broken windows or security upgrades.

Hsu received a check for $2,000, which he used to upgrade his security cameras and alarm system.

In an interview after the latest incident, he said:

“I just laugh every time I talk about this because it’s so comical that this just happens over and over. You’re shocked, but not surprised.”

“It’s a recurring theme. Not just for me, but for so many business owners in San Francisco who are already struggling because of the pandemic.”

Police have not yet returned a request for information. Hsu posted video footage and photos of the suspect to Footprint’s Instagram account.

Despite the latest burglary, Hsu is maintaining a positive attitude. He said:

“We will always be optimistic and continue to do whatever we can and what we can control. That’s all I can say.”