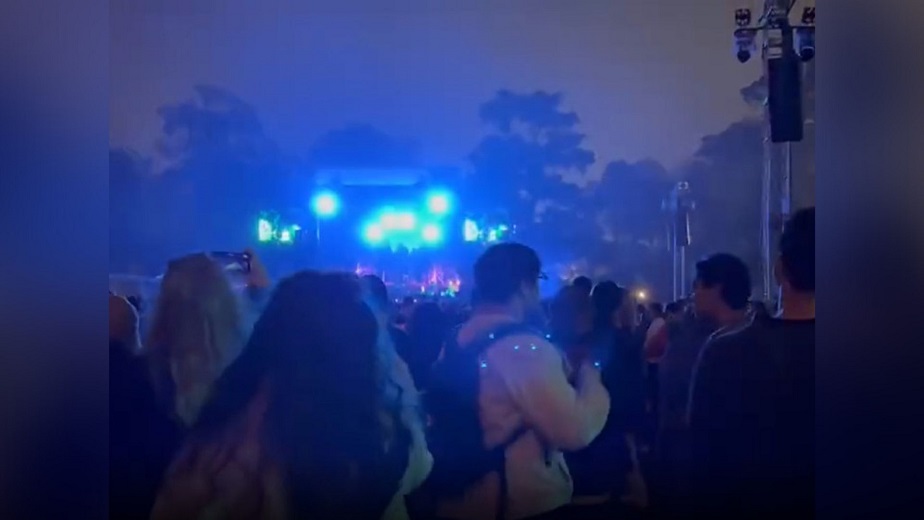 San Francisco, California – Thousands of music enthusiasts came to see rapper Tyler, the Creator at the first night of Outside Lands on Friday, the first large-scale event of its sort in San Francisco since the pandemic began.

Every day, more than 70,000 people are expected to attend the sold-out three-day event. Everyone must be vaccinated or provide evidence of a Covid-19 test that was negative within the last 72 hours.

“All the way from DC – just to come here and check out the festival,” said Phil Mach.

“It was so nice to be around a lot of people and to just be outside and see the music and just feel like you’re part of the community again,” said Kelly Janu, also of Washington, D.C.

On Friday night, Chub Pub on Lincoln Way and 20th Avenue already saw three times more business it gets on a normal Friday during the pandemic.

“We have a DJ Friday, Saturday and Sunday. So after 10 p.m., we’re going to be slammed, and we’re very, very excited for it,” said bartender Anna Massey.

The festival has upset some residents near Golden Gate Park who don’t like the noise, traffic and trash left behind.

“It’s one weekend out of the year, it’s totally fine. I feel like let people have their fun, enjoy themselves, next weekend it’s going to be pretty quiet and dead,” said resident Jack Cramer.

San Francisco Police said it’s all hands on deck for the department this weekend. Officers are patrolling the area heavily, and on Friday there were no major disturbances to report.