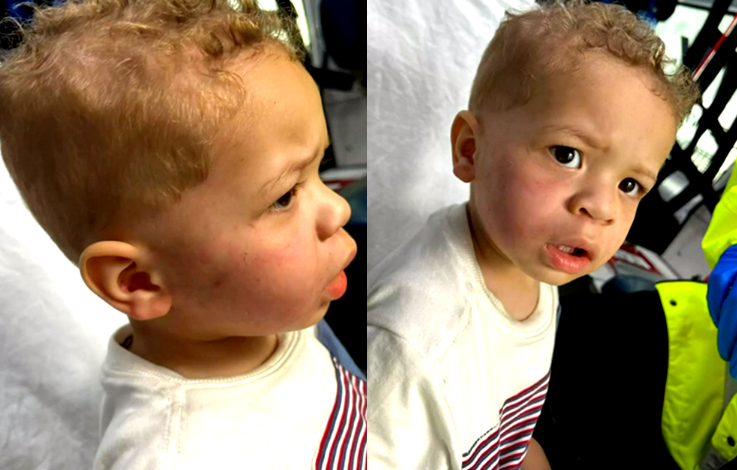 Last week, we reported about an incident that happened in May when a 1-year-old boy was found unresponsive and in critical condition in a daycare worker’s vehicle after the infant was forgotten in the morning and spent several hours inside the hot car. When found, the boy was immediately transferred to hospital for treatment where he was pronounced dead shortly after and doctors think the cause of death is heat exhaustion. Two people were initially arrested, but later released on a bond.

Unfortunately, little children are more and more exposed to a risk in the last few years, at least that’s what the increasing number of daycare workers involved incidents points to. In another alleged incident late May, a father of an 18-month-old shared a story with the public and he and his wife now seek answers from the officials and the daycare provider after noticing bruises and scratches on their son’s body when they picked him up from the daycare provider.

The father of the 18-month-old boy, Justice Gilkes, spoke to 25News and he claims that his son was abused while in the care of the daycare workers. Gilkes says that he and his wife noticed scratches and bruises all over their son’s body when they picked up him in the afternoon hours on May 16 from a Mass. based daycare center.

“Looked at his face and noticed it was swollen on both sides, and his eyes were purple. Inside of his ears were purple, bruised up,” Gilkes said to the station. “I felt terrible at myself that I couldn’t be there for him. Every time I look at his face and just think of her doing that to him, it makes me – tears me apart.”

When Gilkes and his wife confronted the provider, he says she gave two different explanations for the injuries.

“‘Oh, he was crying all day. I don’t know what happened. He was crying all day. He wouldn’t stop,’” Gilkes said. “Then, she switched up her story, saying that he fell. So, at that point, I was in a rage. I was mad. I wanted to defend my son any way I could, but I held my composure. We called the police, the ambulance.”

The parents took their little boy to a local hospital and doctors determined that the injuries the boy had sustained were “non-accidental trauma.”

Once the report about this alleged incident gathered public attention, the provider reportedly voluntarily decided to temporarily stop providing child care services. In addition, the Mass. Department of Children and Families (DCF) and the Department of Early Education and Care (EEC) confirmed there is ongoing investigation about this incident and the provider’s license is currently voluntarily inactive.

The child, Journee, is expected to recover as the injuries he sustained were not serious, but his parents are disappointed and claim the daycare provider failed their family.

“I want her to be put in jail,” Gilkes said. “I want her never to be able to watch children again. I don’t want any other kids to get hurt.”

Young and healthy teacher, who follows healthy diet plan and exercises regularly, says that she had suffered stroke during class after failing to pronounce a common word, advises everyone not to ignore the symptoms
‘Students have been emboldened enough to call me a Black N-word,’ Vice High School Principal, who was racially harassed by students and parents while at work, has resigned and filed lawsuit