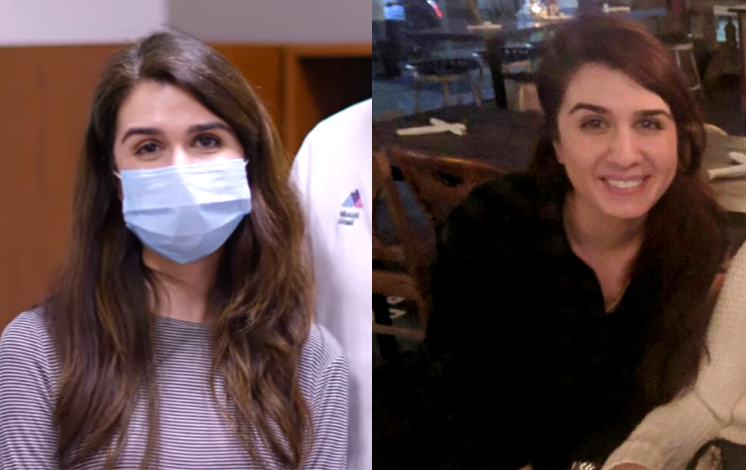 Special educator realized that she had suffered a stroke during class after failing to pronounce a word she uses almost every day and now she decided to speak publicly encouraging everyone not to ignore the symptoms she suffered. Fortunately for the teacher, her co-workers reacted immediately and helped her until the EMS crews arrived and she was transferred to hospital for treatment.

The 28-year-old A. Boukas recently spoke to Today in an effort to make people aware about the stroke symptoms and she is hopeful that what she went through back in January might be a life-saving advice for someone else. Boukas was teaching her special education class when she tried saying numerator — a word she often says. At first, she thought it sounded odd because she had said it so many times. But then she realized she was slurring.

The NY based teacher thought that having a glass of water will make the strange feeling go away, but she felt dizzy like never before and started crying in class. That’s the moment when one of her students ran out of the classroom asking other teachers and the school nurse to immediately come in the classroom. By the time they arrived, Boukas already had the whole left side of her body paralyzed as she couldn’t feel her left arms, legs and toes.

Taking into consideration the symptoms she suffered, her colleagues and the school nurse suspected Boukas was having a stroke and they immediately called 911. By the time the EMS crews arrived, they tried to keep her conscious and moved her to the parking lot so she can be immediately transferred to hospital. “I’m just really thankful that I got (to the hospital) so quickly,” she said. “I had never heard of a young person having a stroke,” she recalls.

“I’m young and healthy and I eat right and exercise — you know all the things that they say you should do,” the NY based teacher said. “I didn’t think (stroke) applied to me.” Right after she was admitted to hospital, doctors realized and informed her that she was having a stroke and she was given a clot-busting drug. Then she underwent an endovascular thrombectomy to remove the clot. Boukas still couldn’t believe that she, as a young woman and healthy person, was having a stroke. Fortunately, stroke is treatable disease in most of the cases when doctors treat a patient in a timely manner.

Strokes are becoming more and more common thing in young people and experts say it’s very important doctors to determine what causes the stroke in young people. In Boukas’ case, the tests have shown that she had a patent foramen ovale (PFO), which is a hole in her heart. Boukas underwent a minimally invasive procedure where the doctors inserted a device that closes the hole, which reduced her chance of having another stroke.

The recovery period takes longer than what Boukas was initially thinking, but she is seeing a progress every single day. Despite several efforts to return to work in the last months, doctors advised her to stay home at least for a while, but they remain that hopeful Boukas will be able to return to her everyday life until the end of June.

“I’m really excited about that because I finally feel like really positive about my outcome,” she said. “I’ve been reflecting on how grateful I am for all my doctors, nurses, and everyone.” Boukas knows she’s also lucky that her coworkers called 911 and she was treated so quickly. “I’m just really thankful,” she said. “Maybe someone will read this and not discount their symptoms and get help right away and recover as quickly as I did.”

1-year-old boy who was found unresponsive after being forgotten by daycare staff member inside a hot car for several hours has died in hospital; the daycare voluntarily surrenders license
“I felt terrible at myself that I couldn’t be there for him,” Parents seek answers after their 18-month-old son had his face swollen on both sides and his eyes were purple when they picked him up from a daycare provider, investigation