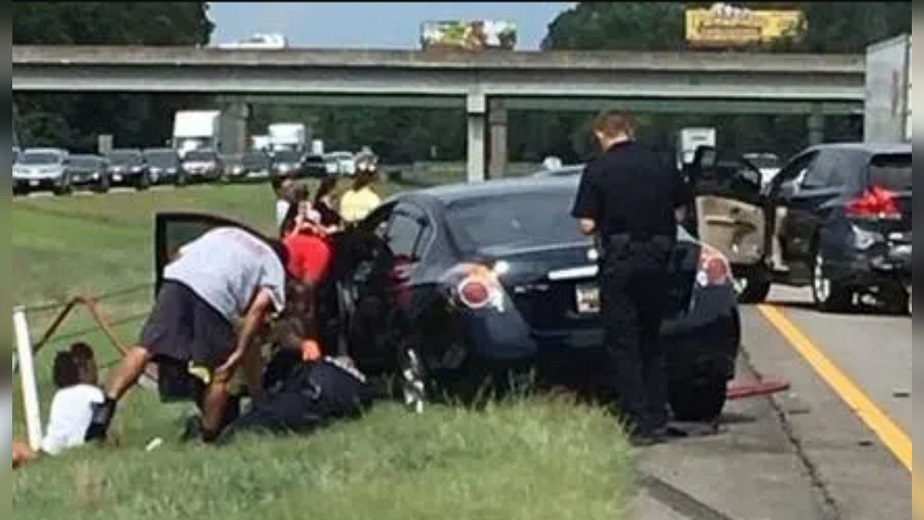 A police officer took the time to comfort an 8-year-old boy who was injured during a car crash on an Interstate.

The 8-year-old had been trapped under a mangled car. Kay was worried about the child’s fate until she witnessed Christopher’s interaction with him, writing: “This child was an eight-year-old black male who was scared to death and had some internal injuries. This officer laid on the ground with this child, cradling his head in his hand and talking to him to keep him calm.”

Christopher also learned the accident happened on the boy’s birthday.

“At one point the child reached over and patted the officer on the head and then played with the officer’s hair!” Kay wrote.

She finished by writing: “THIS is why I’m a police officer—to help people, to be there for them no matter what the circumstances are, and no matter what skin color! With all the “anti-police” propaganda that is seen in the media, all of the ‘bad cop’ stories, and stories of ‘racial’ issues, I wanted to share THIS.”

Man starts acting crazy and his wife calls police immediately, cops arrive and quickly realize what he ate
Woman divorces her husband of 20 years for a young “boy toy,” ends up humiliated after realizing his true intentions