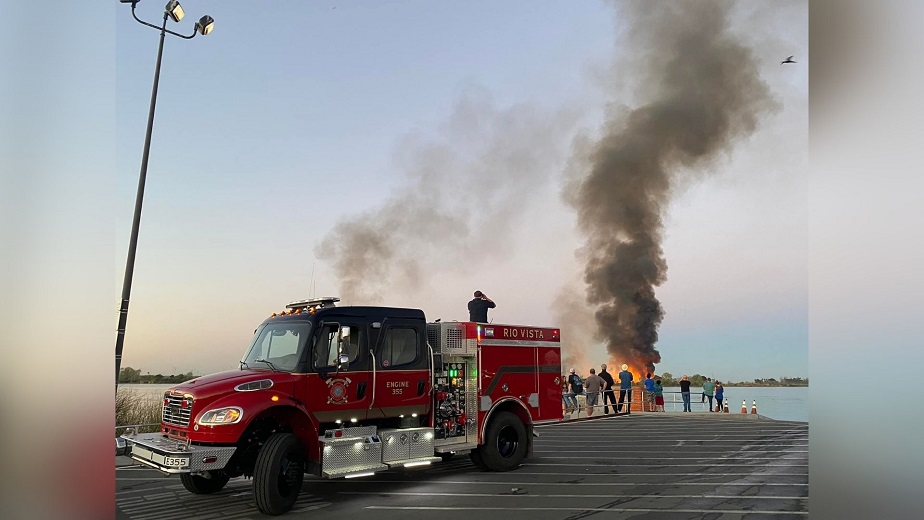 Antioch, California – Firefighters responded to a vegetation fire near Antioch on Kimball Island.

The Rio Vista Fire Department crews were sent to a report of a fire that had engulfed a large part of Kimball Island’s southern land on Tuesday.

After assessing the fire, responding crews determined that it would be too dangerous to attempt to extinguish the blaze, so they decided to let it burn out on its own.

The exact cause of the fire is unknown yet.

Further information was not released. Once more information is made public, we will update this article.