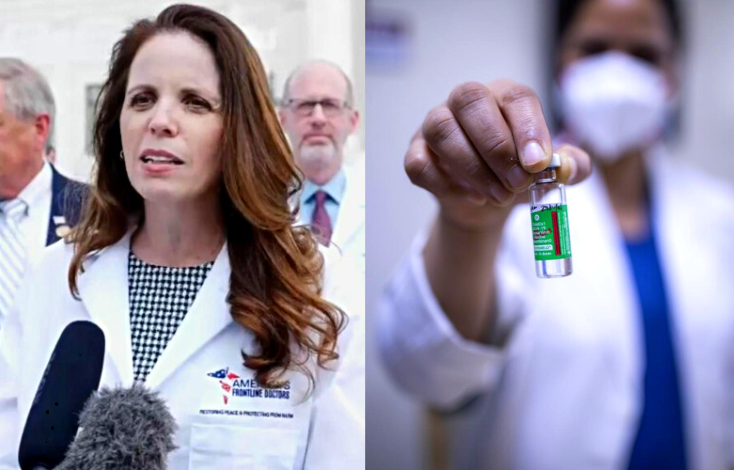 According to the Insider that updated their list with the most recent data few days ago, at least 865 people are now formally charged for their involvement in the U.S. Capitol attack that took place on January 6, 2021. The investigation about the incident, conducted by the FBI, is still ongoing and the agency is constantly seeking help from the public in further identifying people who took part in one of the most documented crimes in US history. The current number of people charged and sentenced is expected to increase in the upcoming months.

Few days ago, several major news outlets reported that a woman, who was previously formally charged for her involvement in the Capitol riot, was sentenced to prison time and was ordered to pay the largest fine imposed to date among the almost 200 rioters who have been sentenced so far. In addition to her prison time, she was sentenced to 12 months of supervised release following the prison term.

According to CNN, the now sentenced Capitol rioter is Dr. S. Gold, Trump supporter and doctor known for spreading debunked claims about Covid-19. Gold is also the founder of America’s Frontline Doctors, a coalition of physicians that have pushed conspiracy theories about the COVID-19 vaccine and promoted disproven treatments like ivermectin.

America’s Frontline Doctors, the group known for purveying COVID-19 misinformation, was named by the ABC News in March as one of the several physician groups that had partnered with telemedicine platforms and pharmacies to offer easy access to drugs like ivermectin, even though it was never medically proven that ivermectin has positive impact in treating Covid-ill patients.

“Attempts to monetize coronavirus misinformation have eroded public confidence in proven treatments and prevention measures and hindered efforts to control the pandemic,” Rep. James E. Clyburn, chairman of the House Subcommittee on the Coronavirus Crisis, wrote in a letter to Gold when an investigation against America’s Frontline Doctors was launched last fall.

Gold was charged for illegally entering and remaining in the US Capitol during the January 6 insurrection. Prior to the riot, on January 5, Gold spoke at the Stop the Steal rally telling the crowd that “if you don’t want to take an experimental biological agent deceptively named a vaccine, you must not allow yourself to be coerced!” She later said that she was ‘near the US Capitol’ because she was allegedly scheduled to speak at a “Rally for Health Freedom” on the East side of the Capitol on the afternoon of Jan. 6.

When she entered the Capitol building, Gold reportedly spoke through a megaphone to the crowd at the Statuary Hall. She was arrested that day and spent two days in jail. Her boyfriend, who was also arrested with Gold, pleaded not guilty and his trial is scheduled to start next month. In March, Gold pleaded guilty to entering and remaining in a restricted building, a misdemeanor that carries a maximum sentence of one year in prison.

During the sentence hearing last Thursday, the judge told Gold that spreading misinformation about the vaccines and promoting unproven alternative treatments against the virus were not a factor in the sentencing. Gold was sentenced to 60 in prison and she can report to prison at a date yet to be determined. Additionally, she will have to pay $9,500 in fines, the largest fine imposed to date among the almost 200 rioters who have been sentenced so far. After serving her prison time, she will be on a 12 months supervised release.

“You see your kid deteriorating in front of your eyes like overnight,” Mother says her 2yo child underwent liver transplant after 90% of child’s removed liver was damaged tissue due to severe hepatitis
Fully vaccinated against Covid-19, 42-year-old woman’s anxiety was ‘through the roof’ and didn’t want to get it while pregnant; tested positive just before her due date, but gave birth to healthy babies