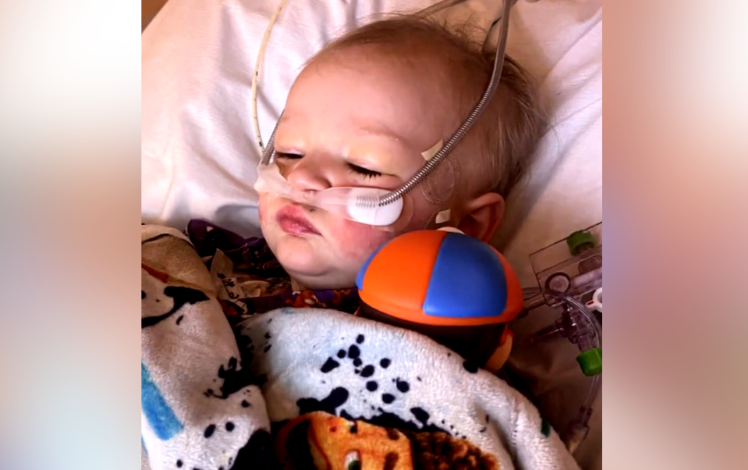 Since last October, nearly 200 children were diagnosed with severe hepatitis countrywide, data provided by the Centers for Disease Control and Prevention shows. Currently, CDC is still working with health departments across the country to identify children with hepatitis of unknown cause. Several months since the first case was reported, the cause of this dangerous disease still remains unknown and health experts are working to determine if this trend has something to do with the Covid-19 pandemic.

While most of the children diagnosed with severe hepatitis from unknown cause have recovered, at least 15 of them needed organ transplants and six have died. This trend is also seen in several other countries around the world and the World Health Organization has also launched their own investigation to learn more about the issue.

Kelsea Schwab, a mother of a two-year-old girl, decided to inform the public what her daughter and her family are going through since the toddler was diagnosed with severe hepatitis despite being completely healthy prior to the diagnosis. Until few weeks ago, everything was going well for Kelsea’s daughter Baelyn, but then, the S. D. toddler’s health took a sudden turn.

“Her eyes looked a little bit yellow. We took her to the doctor, and all of her liver enzyme labs were extremely elevated,” in an interview late May, Kelsea told CBS News.

The doctors at the local clinic determined the toddler’s health condition was serious and she was flown to out-of-state hospital for immediate treatment. Three days after the toddler was hospitalized to the M Health Fairview Masonic Children’s Hospital, she was diagnosed with super-rare and severe type of hepatitis, the same type of hepatitis the CDC, WHO and other health departments around the world are still working to determine its cause.

“Then all of a sudden, the next day hit, and kind of everything just went [into] chaos,” she said. “Her labs skyrocketed. Neurologically, she wasn’t 100% there. It was very hard. You see your kid deteriorating in front of your eyes like overnight,” the mother told CBS News.

In the upcoming days, the toddler’s health condition worsened and her liver almost completely failed. Due to the urgency of the situation, she went to the top of the transplant list, and within days a donor was found. According to the doctors who performed the eight-hour-long transplant surgery, 90% of the removed Baelyn’s liver was damaged tissue. Fortunately, the surgery was successful and the toddler is now still recovering at the hospital.

The increasing number of children diagnosed with rare and severe hepatitis is also notable for the doctors at the hospital. Per their claims, liver transplant surgeries happen once in a year, and sometimes, once in two years. However, Baelyn’s liver transplant surgery few weeks ago was already the second of surgery of its kind this year, something that hasn’t happened at that particular hospital never before.

Baelyn is strong and her post-surgery progress is better than expected. However, she still has long journey ahead until full recovery and she will have to take anti-rejection medications for the rest of her life. In addition, she will have to closely monitor her health condition especially for transplant rejection and the risks associated with the medications.

“I think she’s defied all odds as far as recovery and how fast she’s bouncing back. She, honestly, is an inspiration for me,” her mother said.

Nearly two months ago, severe acute hepatitis of unknown origin in young, generally previously healthy children, raised concerns globally. UK was the first country to report significant increase in such cases and several others followed in a matter of days. Early last month, senior medical correspondent Dr. Tara Narula said to “CBS Mornings” that parents should be aware that the median age of children diagnosed with severe hepatitis is around 2.

“It’s an abomination to God,” 63-year-old Christian man, who was fired after saying that the rainbow is not meant to be displayed as a sign for sexual gender, has filed lawsuit against his former employer
Leading anti-vaccine physician, who has been promoting disproven treatments against Covid-19 and pushed conspiracy theories about the virus, has been sentenced for her involvement in the Capitol riot