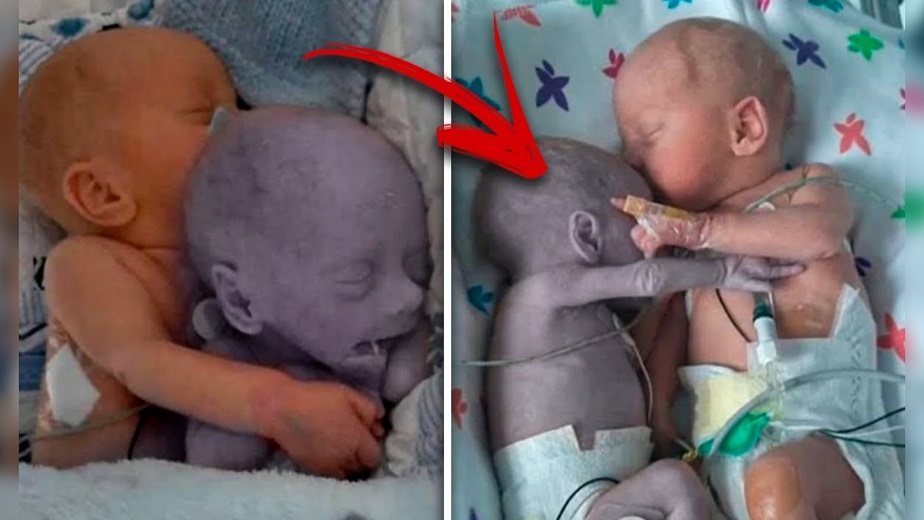 Isn’t it fascinating how much we are influenced by another person’s presence? I’m sure many have experienced feeling calm and safe just by being around certain people.

You might not believe it, but this could even save a life. In fact, the story I’m about to tell you proves how strong the power between certain people can be.

A nurse made history when she defied the rules and placed a newborn baby next to her dying twin at the hospital. And that act happened to save the life of the little girl.

It all began when twin sisters Kyrie and Brielle were born in a hospital on October 17, 1995. But they did not get the easiest start to life. As they came into the world 12 weeks premature, the twins weighed a mere one kilogram each.

The twins were placed in separate incubators. Kyrie’s condition improved rapidly, and she gained weight after her birth, but the twin sister Brielle had a much more difficult time. She screamed and cried a lot, had difficulty breathing, and was blue in the face.

After a few days, Brielle’s condition was deteriorating. A nurse in the ICU, Gayle, did everything to try to help her. She picked her up and held her. She let her father hold her. She wrapped her in a blanket. She wiped the mucus from her nose and tried to comfort her. Nothing worked.

Gayle then remembered something she’d once heard of in Europe. It was really against hospital policy and rules, but Gayle was so heartbroken that she decided to give it a chance. She placed tiny Brielle in the same incubator as twin sister Kyrie. Almost immediately, Brielle snuggled up to Kyrie.

Brielle’s appallingly bad condition soared. She began to breathe more easily. Her incessant crying stopped, and she regained a healthy color quickly. In the following weeks, Brielle’s condition steadily improved. As long as she remained lying next to Kyrie.

A photographer from a local paper caught a very special moment shared between the twin sisters—a photo that would be iconic for years to come.

Together, the newborns broke through their tough start in life. They grew up to be healthy preschoolers. The picture of the twins embracing in the incubator had received significant media attention.

The picture later spread like wildfire on the internet and even ended up on the cover of Life and Reader’s Digest. The media attention on parents Heidi and Paul became so great that at some point they changed their phone number. Absolutely everyone wanted to follow the twins’ development.

It was the first time the hospital had attempted such a thing, and Gayle Kasparian was praised for her common sense, which led to saving the baby girl. Of course you should not separate twins,” thought Gayle. Exactly!

The event changed the hospital’s guidelines on twin births, and clinical studies have shown that there are clear health benefits to placing the twins in the same bed. The famous hug has helped save lives and changed the way you treat premature twins.

Together, we are stronger.