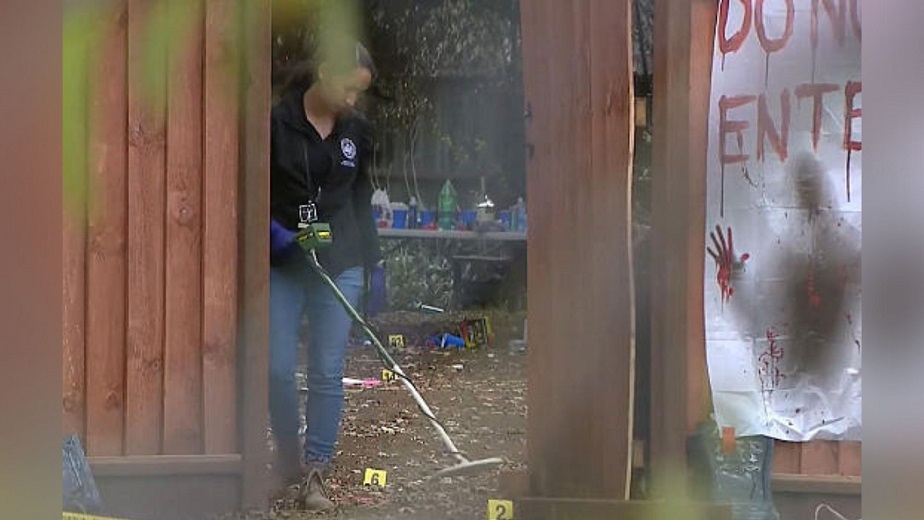 Gilroy, California – After serving multiple warrants in connection with their investigation into a tragic Halloween party shooting at the house of a Gilroy city councilmember, authorities in the South Bay detained one person and recovered a weapon on Tuesday morning.

A large outdoor party was being held at the house of Gilroy City Council Member Rebeca Armendariz on the 400 block of Las Animas Avenue when the shooting occurred shortly before 1 a.m. on Oct. 30th. Three people were wounded and one was murdered.

Before the shooting, police said there was a fight in which at least one individual discharged a handgun. The four victims are between the ages of 17 and 19.

The victim who died was identified by his friend as the 18-year-old Michael Zuniga-Macias.

Authorities served the search warrants regarding the fatal shooting at three separate locations in Gilroy.

A firearm was discovered during the search of one of the locations. Lucas James Tomasetti, 18 years old, was apprehended without incident at the scene. He was arrested and placed into the Santa Clara County Jail on charges of being a felon/prohibited person in possession of a firearm. Tomasetti was not named as a suspect in the Oct. 30th shooting, according to police.

It is unclear if the seized handgun was used in the shooting, according to police.

Authorities have previously stated that at least two shooters are wanted in connection with the deadly Halloween party shooting.

Benjamin David Calderon, 19, was arrested less than 24 hours after the fatal gunshot, but he was released after the Santa Clara County District Attorney’s office declined to charge him.

“We have declined to file charges pending further investigation. This was a large, chaotic Halloween party that ended with a tragic shooting and homicide,” said Santa Clara County Chief Trial Deputy District Attorney in a statement released last week.

The deadly shooting is being investigated by members of the Gilroy Police Department’s Investigations unit, as well as the Anti-Crime Team (ACT). Anyone with information should contact Detective Silva at (408) 846-0335. Call the Tip Line at (408) 846-0330 if you want to remain anonymous.