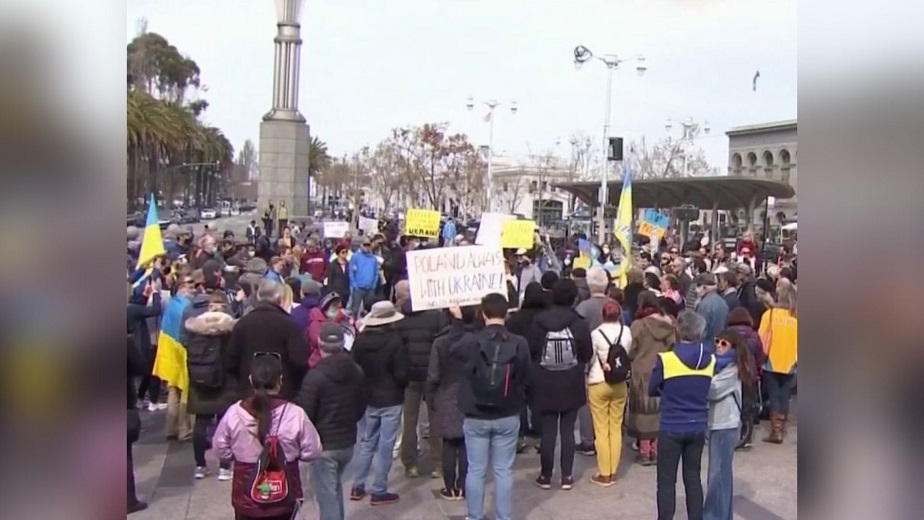 San Francisco, California – People held rallies in a number of cities across the country to show their support for Ukraine, including San Francisco.

Hundreds of people gathered in front of the Ferry Building in San Francisco on Saturday to show their support for the Ukrainians.

As a protest against the brutality of Russian President Vladimir Putin, whose orders to attack Ukraine left many civilians and soldiers dead, people at the rally waved Ukrainian flags and carried signs that read “Stop Putin.”

The San Francisco rally’s organizer, Anastasia Popova, said, “Well, My heart is hurting. And all I can do is just to help with fundraising, with raising awareness to American people, to all the people of the world.”

When questioned, people at the rally said that, in their opinion, the most effective way for this war to be ended is to have more leaders of countries around the world united against the Russian invasion.

Anyone interested in making donations to support Ukrainian people may do so at the fund established by the rally’s organizers.

As part of the rally, the Salesforce Tower in San Francisco was lit up in yellow and blue on Saturday evening.