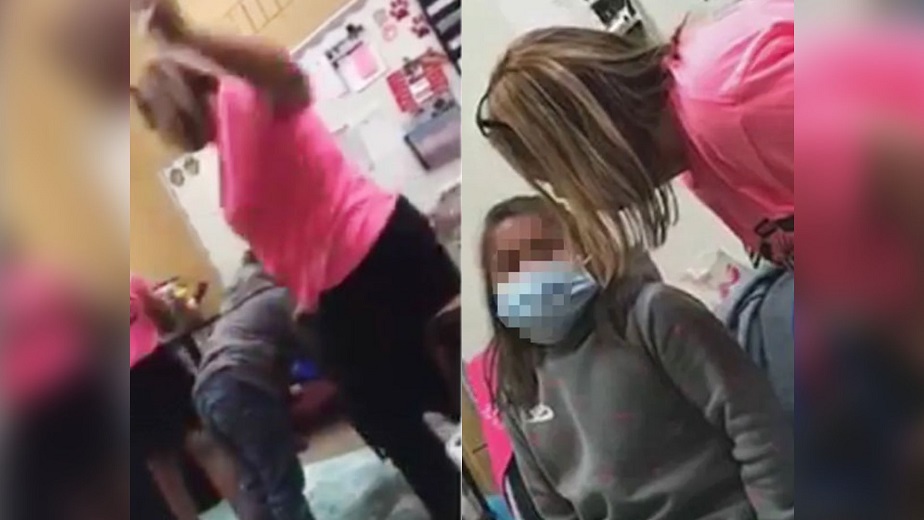 As she walked into the room, “the principal started to scream.” “There are no cameras,” the mother said. “What are we doing in this place? My daughter and I, alone.” Suddenly growing nervous, the mother thought of recording what was going on in the room secretly by keeping her phone hidden in her bag. She captured a video of the principal using a paddle to whack the little girl as a way of punishing her.

“Nobody would have believed me,” the mother said. “I sacrificed my daughter, so all parents can realize what’s happening in this school.” Left in absolute shock over what happened to her daughter, the mother said: “The hatred with which she hit my daughter, I mean it was a hatred that, really, I’ve never hit my daughter like she hit her. I had never hit her.” The same day, the mother took her daughter to the doctor, and she was worried about how this one traumatic incident could have had a lasting impact on the little girl.

“I’m going to get justice for my daughter because if I could not do it in front of her, I’m going to do it with justice,” the mother added. It was also reported that the staff member, Cecilia, was present in the room so she could act as an interpreter due to the language barrier, but the mother said she was not accurate with the translation. Following the incident, investigations into the case began, and the family’s lawyer said about the principal’s actions: “That’s aggravated battery. They’re using a weapon that can cause severe physical, harm. The child is terrified. She feels vulnerable. There’s nothing she can do in the hands of these adults, who treated her so brutally, savagely, sadistically.”

As news spread about what happened to the girl, parents with students attending the same elementary school spoke up. “The first hit was very unnecessary, very. It didn’t take all of that. I find it hard to believe that the mother did not intervene. That’s kind of not right to videotape your child. It’s supposed to be between you, the principal, and your child. I wouldn’t record your child getting paddled, that’s not right at all,” one parent said. Another parent who saw the video said, “I really cried when somebody showed me that I cried because it could’ve been mine.” See the video here.

Girl asked for help 5 times but was fined for wasting police time, her ex took advantage of the situation in the end
Teacher taped 7YO boy’s mouth to keep him quiet and he was not the only one, principal says they enjoyed it