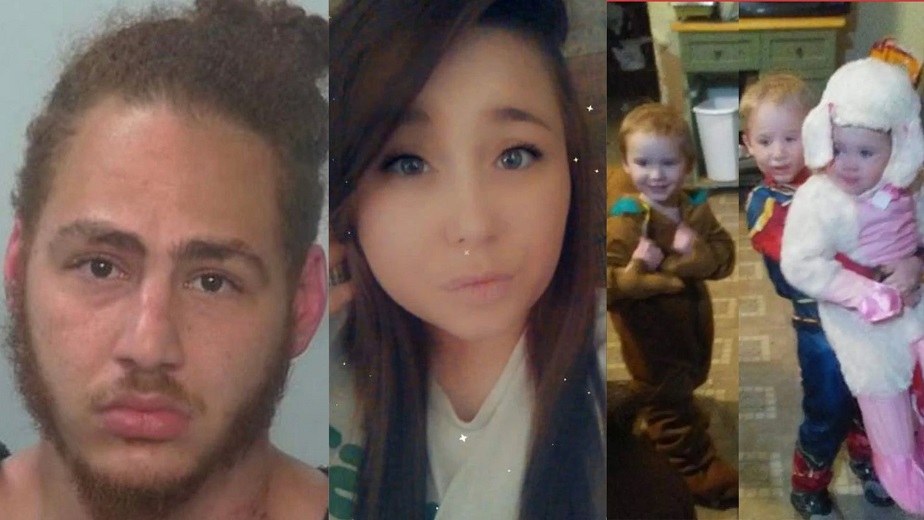 The latest case where a man was sentenced to several consecutive life sentences should serve as an example of why anyone looking for a life partner should think twice and find out more details about their possible partner’s past before even getting into a relationship.

Reportedly, the 22-year-old man from Indiana will spend the rest of his life in prison for the horrific murder of his girlfriend and her three minor children in June 2021.

The incident occurred on June 2, 2021, in the 2900 block of Gay Street. Officers from the Fort Wayne Police Department were sent to the home at the location in response to a report of “an unknown problem.”

According to court documents, responding officers found four dead bodies on a bed in one of the bedrooms in the home. The adult female was kneeling beside the bed along with three young children laying face down on the same bed. All of the victims suffered lacerations to their throats, inflicted by a sharp object. They were declared dead at the scene.

Investigators were informed by one of the witnesses that they saw Hancz-Barron leave the scene in the witnesses’ truck while using a set of keys that Sarah had been given so she could use the car if she ever needed to.

Hancz-Barron was arrested and taken into custody after detectives were able to trace him down in Lafayette several hours after the horrific murders took place. During the search, police found a bloody knife in Hancz-Barron’s possession and his girlfriend Sarah Nicole Zent’s credit card in his wallet.

At the time of the slayings, Hancz-Barron was serving the rest of his sentence on a prior conviction for robbery at a drug recovery center.

Authorities did not release information on whether they were able to determine a motive for the cold-blooded slayings in their investigation.

Judge Gall was clearly shocked by this case and said, “”I can recall no other circumstance that has been as horrific as this crime.”

According to the reports, the judge also highlighted that the prosecution had presented enough evidence for Hancz-Barron to be sentenced to death, but the victims’ family asked that the death sentence be removed from consideration since they wanted Hancz-Barron to serve his sentence with other inmates in the general population.

49-year-old man, who last month was found guilty of murdering his son with disabilities, was convicted of raping and impregnating 14-year-old girl
32-year-old woman, who was accused of killing her friend’s 5-year-old daughter after slapping, choking, kicking and hitting the girl with multiple objects, was found guilty and sentenced to life in prison