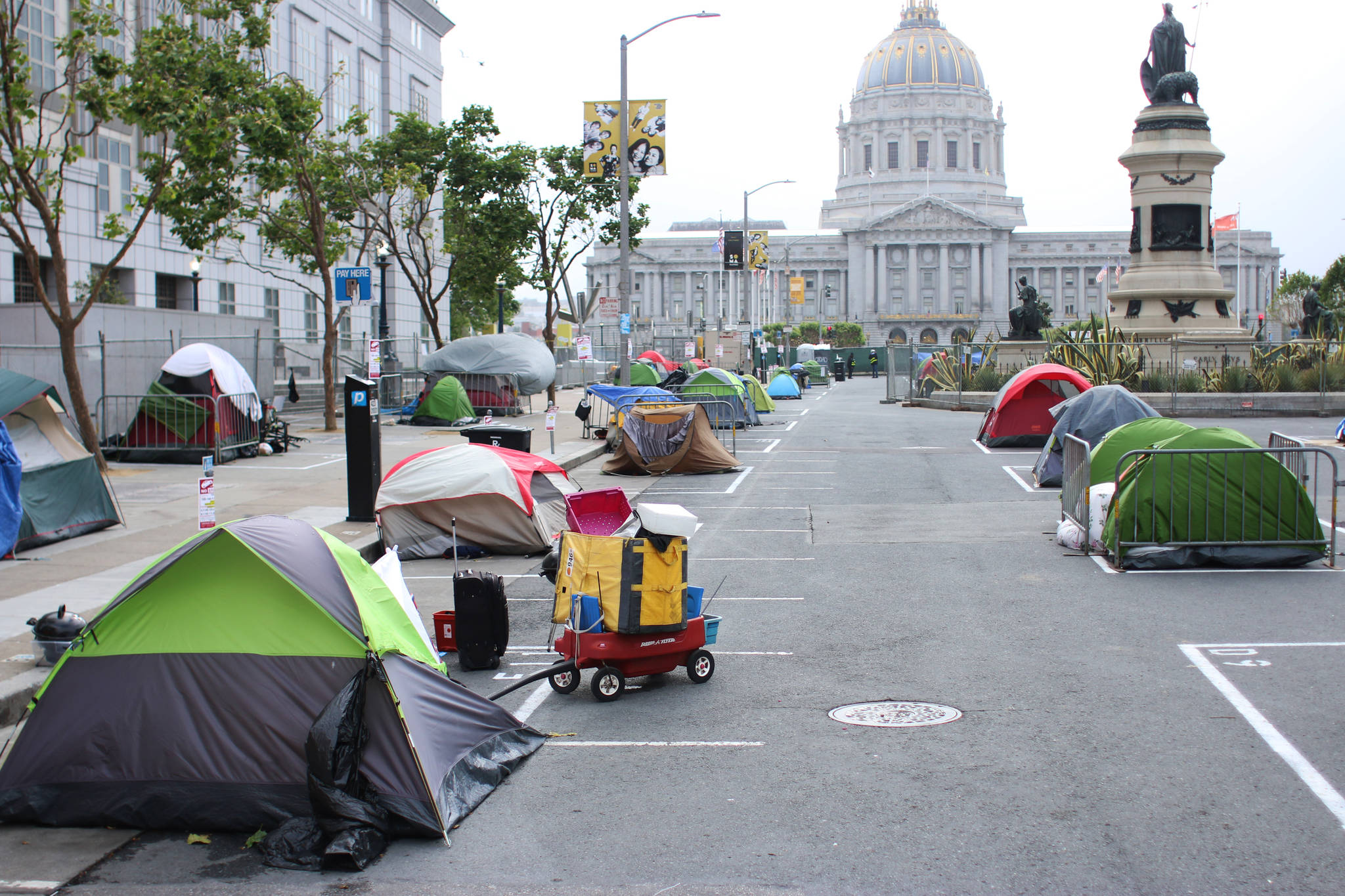 San Francisco, California – People staying in cars and tents in a state-owned parking lot under Interstate 80 in San Francisco are scheduled to be evacuated on Monday, but their advocates argue they have the right to remain under state law.

The Coalition on Homelessness said the city’s moratorium on evictions during the pandemic applies only to residential spaces; the law wasn’t designed to deal with this particular situation.

“I can’t afford a (house)… but I have a place,” Greg Smith, a long- term resident at the Merlin Street encampment, said in a statement.

“I’ve always had mobile homes before. I’ve rented here for about five years until they declared bankruptcy and gave the place up.”

Smith said he’d rather live in his vehicle than in a single-room-occupancy hotel, where some of the spaces are shared.

“I like to have my own place, come in when I want, have my stuff,” he said.

Ora Prochovnick, director of litigation and policy at Eviction Defense Collaborative, said there’s a good legal case for the residents to stay.

“California law clearly provides that it is illegal to remove a tenant without first providing proper written notice and a court process,” Prochovnick said in a statement. “The situations of many of the people who have been residing for a substantial period of time at the property on Merlin Street raise strong evidence of a legal tenancy, and any doubts must be resolved in favor of the residents’ due process rights.”

As of right now, the California Highway Patrol is scheduled to clear the encampment on Monday. The encampment is located at 450 Fifth St. In San Francisco.