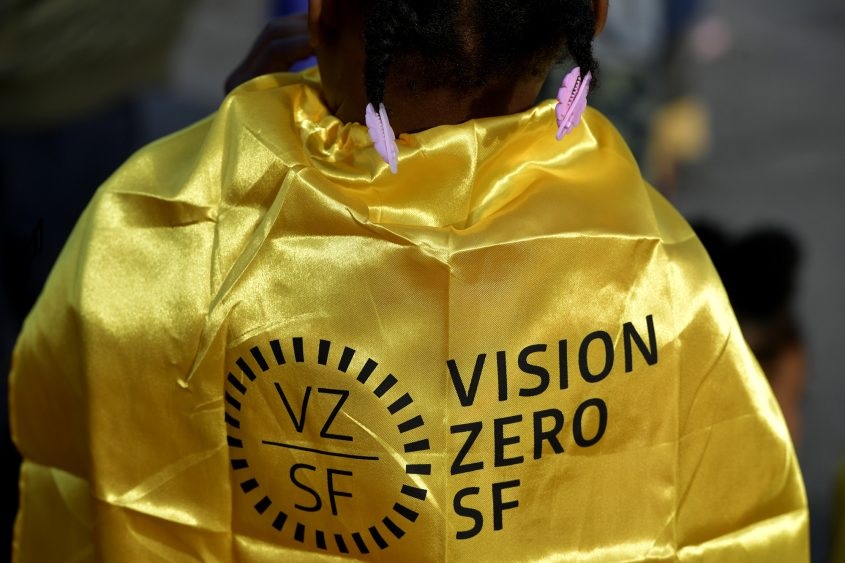 Last Tuesday at approximately 8:32 p.m., authorities said police responded to the intersection of San Jose and 24th avenues and found the victim in the roadway. The man was transported to the hospital with life-threatening injuries.

Police said the driver, a 52-year-old male driving a Toyota Corolla, remained at the scene and cooperated with investigators. Alcohol and impairment do not appear to be factors in the crash.

Jodie Medeiros, executive director of Walk San Francisco, a pedestrian advocacy group, said in a statement that the organization mourns the loss of the victim and renewed its calls to improve street safety for pedestrians.

“These tragedies will continue unless meaningful action is taken. Far too many people are paying the highest price for unsafe streets,” Medeiros said.

Walk SF said this was the first pedestrian killed this year in a traffic crash. A total of 29 people were killed in traffic-related crashes last year. Of those killed, 12 were killed while walking, according to city data.

The organization last week released report cards for crash data in each supervisorial district since The City adopted Vision Zero initiative in 2014.

Report cards reflect the 10 most dangerous streets in each district, the total number of traffic fatalities and injuries since 2014 and status of pedestrian improvements.

Data for each report card was gathered from the Department of Public Health, the Police Department, the San Francisco Municipal Transportation Agency and from monthly Vision Zero summary reports.

Medeiros said that Vision Zero, which outlines a goal of zero traffic fatalities by 2024, continues to be right approach and The City’s best hope for keeping pedestrians safe on city streets, adding:

“Streets can be designed and enforced to keep people safe. But it will take real commitment and real changes from City leaders, as well as much deeper interagency coordination.”

Police said they are seeking witnesses to the crash. Anyone with information can call the SFPD 24 Hour Tip Line at (41) 575-4444 or Text a Tip to TIP411 and begin the text message with SFPD. Tipsters can remain anonymous.