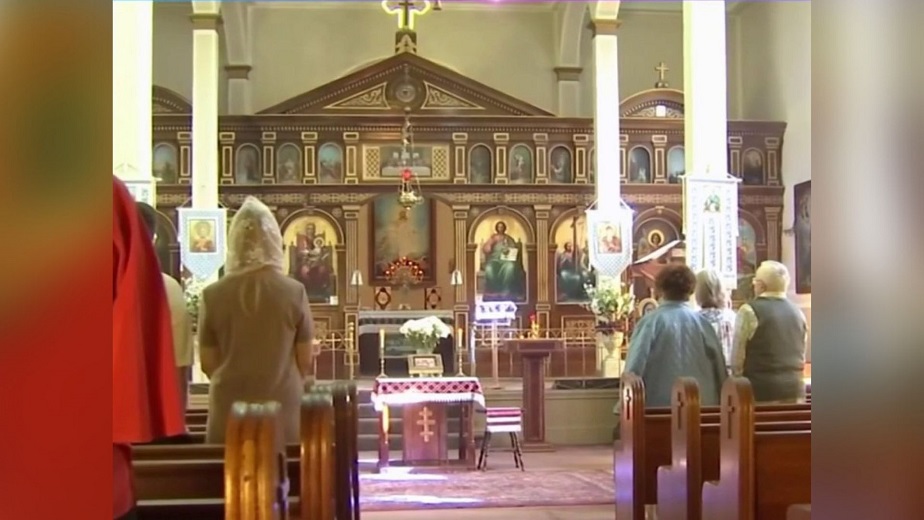 San Francisco, California – People of Ukrainian origin who live in the Bay Area are expressing their concerns for their friends and families back home several days after pro-Ukraine allies marched along the waterfront.

They even gathered at St. Michael’s Ukrainian Orthodox Church in San Francisco on Sunday to hold a prayer because they are scared that Russia might invade Ukraine, as the intelligence reports suggest.

Many of the people who prayed on Sunday, like the father of the church, Georgiy Tyapko, and his fellow parishioners, have family members that live in Ukraine.

“Everybody is a little bit scared, everybody is under pressure and nobody knows what will happen tomorrow,” Father Georgiy Tyapko said.

Volodymyr Borodaykavich and his wife had recently returned from Ukraine, where tensions were rising as a result of the ongoing conflict.

“We are all afraid about our relatives. People are very sober about the fact the war is possible, hopefully in the coming days the pressure from international politics will slow down any bad intentions that are coming from the Russian side,” Boskobiynyk said.

Nova Ukraine will hold a “Stand With Ukraine” rally at the Ferry Building in San Francisco on Sunday at 1 p.m. to express their support.

They all hope that diplomacy will prevail and help de-escalate military tensions.