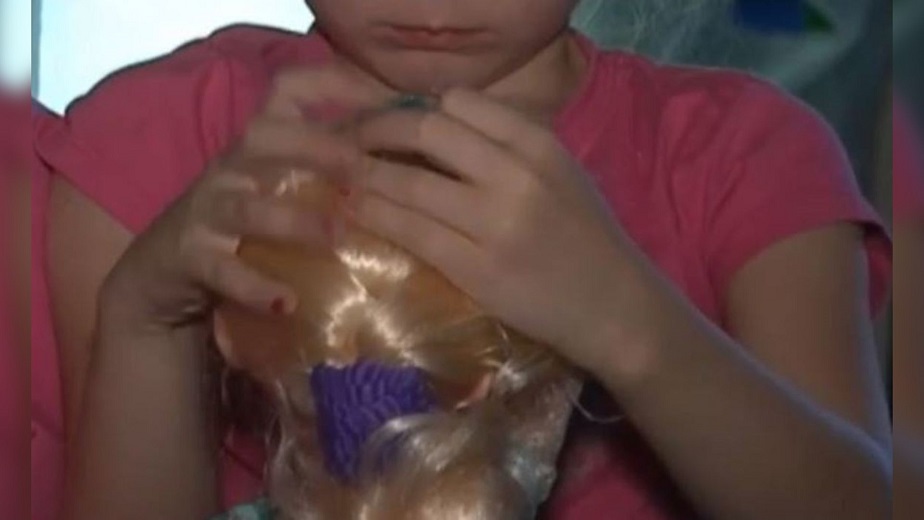 A family has gone public after their little girl’s school sent the child home wearing nothing but her underwear. You can imagine how outraged the parents of the 6-year-old are now that they know that the school forced their little girl onto the school bus in a shirt and underwear because she wet herself after the teacher denied her access to the restroom.

The father of the wronged girl, Raymond, said that the school threw his daughter on the bus in her underwear because her pants got wet after she had the accident.

“She been through enough in her life already, and she’s only six,” her dad said.

Raymond said that his daughter got off the bus crying. She was humiliated and embarrassed because the school forced her to go home without her entire outfit.

Her dad was outraged, especially after he heard his daughter’s side of the story—the side of the story the school doesn’t want anyone to know. She asked her teacher for permission to use the bathroom but was denied because the teacher thought she was just “faking.”

Raymond remembers the moment he saw his daughter step off the bus in tears.

“I kind of lifted her shirt once we got in the car and noticed she was in panties and a t-shirt only, her soiled clothes in a bag,” he said.

The accident occurred while his daughter was in class at the school. She raised her hand to use the bathroom—as she was taught to do—but the teacher made her wait, ignoring her request despite her expressing that it was urgent.

Because his daughter has medical issues, Raymond believes her need to use the bathroom should have been accommodated.

But the teacher didn’t care. She allowed the little girl to wet her pants, and then she sent her to the front office, where they threw her pants in a garbage bag.

While Raymond is outraged that they would have done this, his primary concern is that the school did not consider his daughter’s safety. With the prevalence of predators out there today, she could have gotten hurt.

“What would have happened if my kid had gotten touched by somebody?”

After the little girl was sent to the front office, they gave her a pair of “school-issued” underwear and had her throw her wet garments in a garbage bag. Raymond immediately came to the school to speak to the vice principal.

“We asked her why my daughter was sent home in just panties and a t-shirt, and she began to tell me, ‘We thought she had a long enough shirt to be able to put her on the school bus and send her home.’”

Raymond did not find this answer satisfactory. The family has since hired a lawyer and plans to make the school pay for what they did to their little girl.

The school is currently investigating the father’s claims.

Black teens killed a man pleading for his life; police make a heartbreaking discovery next to the victim
Girl misses one day of school for her mother’s funeral; school punishes her for not having 100% attendance