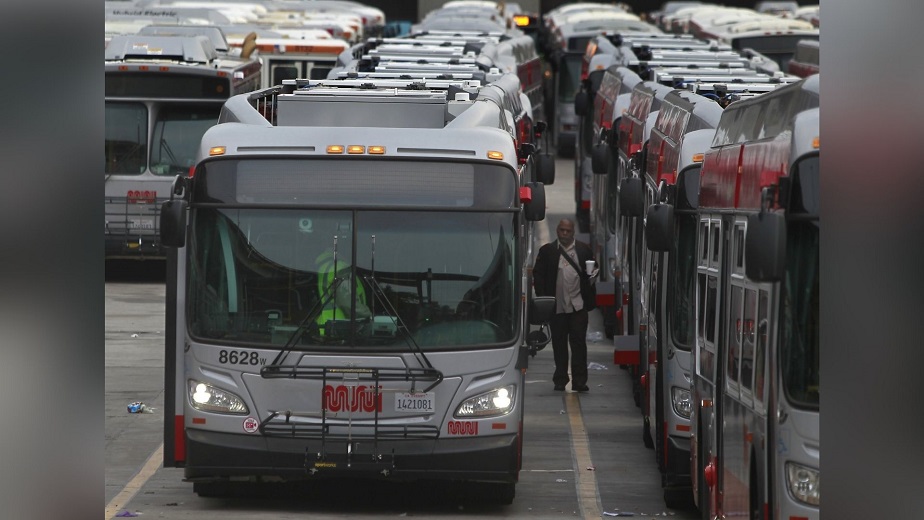 According to data through Thursday, 640 SFMTA employees — nearly 11 percent of the agency’s staff — have either not disclosed their vaccination status or are unvaccinated, according to Director of Transportation Jeffrey Tumlin’s report to the board on Tuesday. According to transit officials, less than 50 employees have requested a medical or religious exemption.

If that figure holds by the Nov. 1 deadline, Tumlin said those SFMTA employees could face termination, which will impact transit and parking operations.

“We absolutely do not want any of our employees to lose their jobs or their incomes, and we’re going to keep working to support our workforce in every way we can.”

The agency could lose 313 Muni operators, which would cause service reduction back to May 2021 levels. While the agency is in the process of hiring and training additional operators, the new hires would basically just cancel out those lost due to vaccination status, leaving no surplus operators.

The initial weeks following the Nov. 1 deadline are expected to be “chaotic,” Tumlin said, adding:

“The impacts will be severe and rather unpredictable transit.”

Tumlin noted that the agency might experience service issues over Halloween weekend, which would also impact other major events, including Outside Lands, a Chase Center Warriors game and potential World Series games at Oracle Park.

Among city employees who have yet to confirm full vaccination status are about 19 percent of all parking control officers. The transit agency said it may partially suspend enforcement on vehicle abandonments, booting and commuter shuttles.

The possible officer shortage may also result in reduction of enforcement for residential parking permits, meters and disabled placards, as well as reduced staffing at Chase Center events.

“What we’re finding quite clearly is that it is not lack of access to the vaccine that’s the problem. It is actually vaccine hesitancy, and much of that seems to be rooted in the prevailing misinformation that we have seen everywhere in the media.”

One-on-one outreach has also been conducted with employees who have not yet reported their status or declared themselves unvaccinated.

Roger Marenco, president of the Transport Workers Union Local 250, the union that represents Muni operators, held a press conference Tuesday and told SFBay that the union demands a revision of the vaccination policy for city employees:

“Without us, nobody goes to work, school, church. Nobody goes shopping, to their doctor’s appointments. Nothing happens without the buses in the City and County of San Francisco.”

Marenco also added that some transit operators believe Muni passengers should also be vaccinated if operators are forced to do so.

Board directors requested that Tumlin return with an update in two weeks.

One arrested, one dead following an accident in Marina District
NTK Construction to start second phase of the L-Taraval Improvement Project at the beginning of 2022