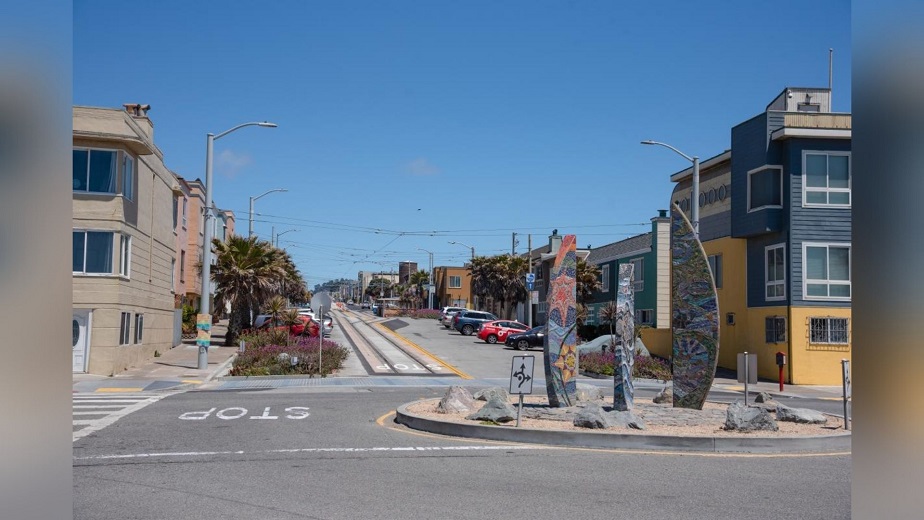 San Francisco, California – In early 2022, construction teams will repair Taraval Street in San Francisco as part of the second phase of the L-Taraval Improvement Project.

NTK construction got the $57.2 million contract to build transit and sewer improvements along the L-Taraval route between Sunset Boulevard and West Portal Avenue.

NTK Construction recently completed the first phase of the project between Sunset Boulevard and the San Francisco Zoo, which transit officials said was on time and on budget. A celebratory event was held in the Outer Sunset in July to mark the “Segment A” completion of the project.

Construction of “Segment B” will include the same scope of work as the first half of the project, including installing concrete transit boarding islands, pedestrian safety improvements as well replacing the rail and overhead contact system. Crews will also be replacing the sewer and water main line and repaving the surface.

At the board meeting, Director Sharon Lai said she wanted assurances from staff that the second half of the project will not face similar project delays and escalated costs that occurred for the Van Ness Improvement Project, which is still under construction:

“How are we streamlining design changes? Primarily, confirming design scopes and confirming the basis of design before we open up the project site so that we don’t fall into a pattern that we fell into with Van Ness BRT (bus rapid transit), which is kind of like designing a project while the site is open that’s very costly.”

Keanway Kyi, the agency’s project manager for the second segment, said the SFMTA does not want to make the same mistakes as they did with the Van Ness project and will take lessons learned from past projects, including from the recently constructed first half of the Taraval project.

Pacific Gas & Electric have been on Taraval Street potholing to identify any potential conflicts, Kyi said:

Potholing is an investigative method to create holes on the surface to help identify potential underground utility and to move them ahead of construction of a project. The SFMTA was heavily criticized in July by the San Francisco Grand Jury for not identifying these conflicts early on in the Van Ness project.

“It is a very important neighborhood street but it’s fundamentally a lower density residential area and it just doesn’t have the intensity of utility.”

An exact date has not been set yet on when construction will begin. The SFMTA anticipates construction to last through 2024. In the meantime, L-Taraval bus shuttles will continue to run during construction, the agency said. The project is collaboration between the SFMTA, San Francisco Public Utilities Commission and the Department of Public Works.

SMFTA workers face termination as vaccination deadline approaches
Campbell police looking for suspects in connection to burglary, one of them dressed as Spiderman