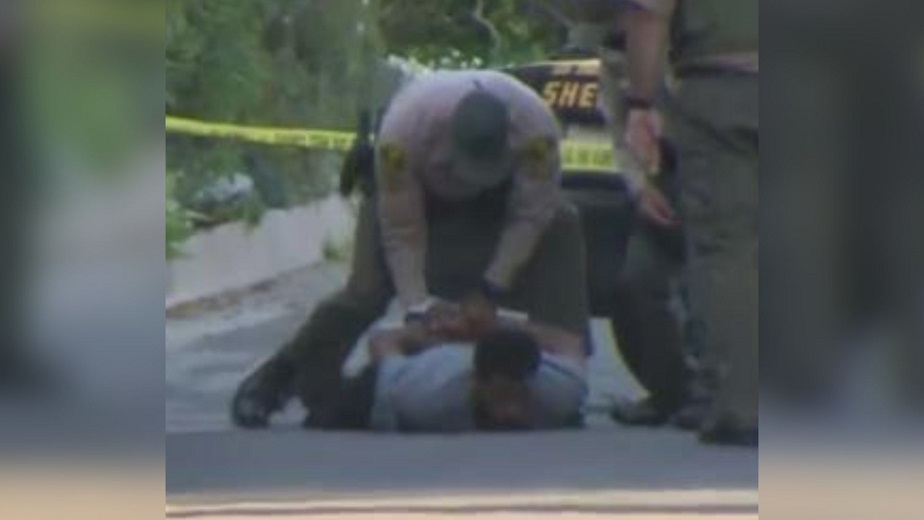 A 67-year-old woman, Carol, was on a Zoom call with her co-workers , but the mother-of-two was unable to complete her meeting as she was brutally murdered by one of her sons, 32-year-old Robert. The son also murdered his 69-year-old uncle, Carol’s brother, Kenneth.

As per reports, the attack took place at Carol’s home. Lt. Barry of the Sheriff’s Department said they were also unaware of the motive behind the stabbing.

According to an official statement, police responded to a 911 call at about 2:45 p.m. regarding a possible kidnapping in progress.

Four people were on the video call at the time of the attack. The names of the people on the call at the time have not been released. One of the four people on the call, a woman, had alerted the cops after she witnessed Carol being dragged away. District Attorney George said, “This is a horrific case in which the mother’s work colleagues witnessed part of the attack while on a Zoom call and called the authorities.”

“The lady was still talking on the Zoom when the male was dragged out of the house,” Lt. Barry said. “That alerted her and then the suspect went inside and attacked her.”

A knife was found at the crime scene. During the investigation, officials learned that a vehicle, an SUV, was missing from the house. An hour after deputies were called to the house, Robert returned to the house in a Lexus SUV that belonged to one of the victims. Robert, who identified himself as a resident of the home, was charged with two counts of murder and ordered held in the county jail on $2 million bail.

“We just can’t believe it,” Darlene, a neighbor, said of the horrific crime. “We cannot believe it. We are in total shock.”

Couple let neighbors beat their 4-year-old girl to death as they believed she was possessed by demons
Ex-husband stabs woman to death for breaking off with him, police reveal another shocking detail