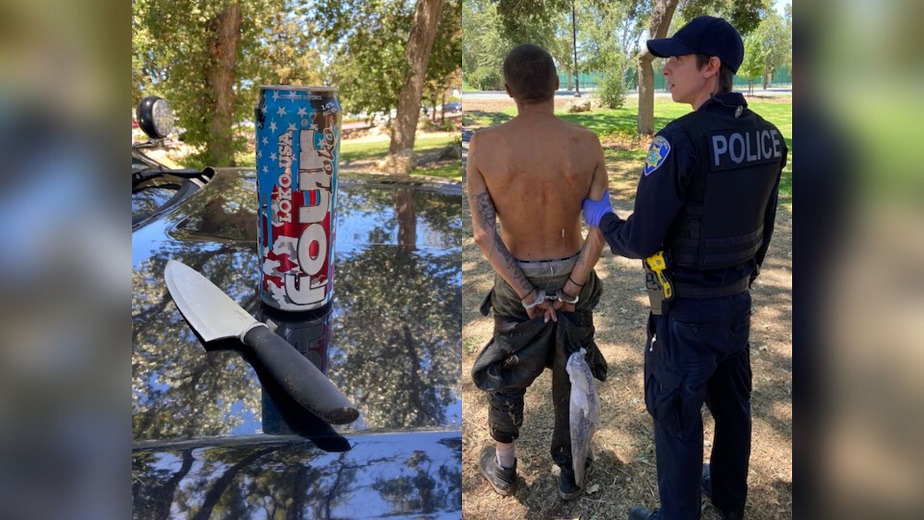 Pleasant Hill, California – On Saturday afternoon, officers from the Pleasant Hill Police Department responded to a call about a man who seemed to be homeless and was carrying a knife in the parking lot of a 7-Eleven shop located on Golf Club Road.

Upon arriving at the scene, responding officers learned the man brandished the knife in front of a store clerk, stole beer, and left the store.

The police were able to recognize the suspect from surveillance footage provided by the store employees and arrested him after searching the nearby area.

Authorities said the man made an unsuccessful attempt to avoid arrest by fleeing on foot.

After searching the man, police found the stolen beer and the knife he brandished at the store clerk in his possession. He was taken into custody on robbery charges.

Information on the identity of the suspect has not been made public.

There were no reported injuries.