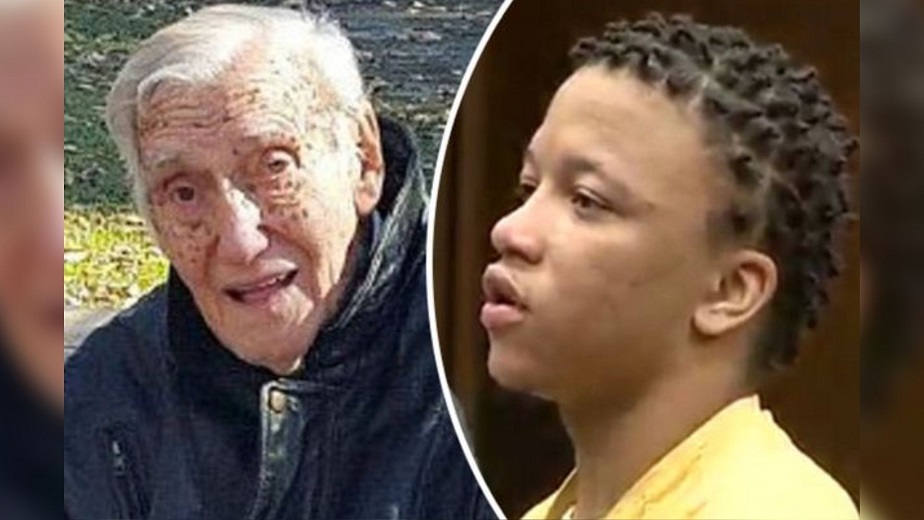 During a hearing, an assistant  medical examiner said that a 91-year-old man may have been forced to eat gasoline before being beaten and set on fire in his home.

Paul was found with a fifth of a cup of a by-product of an accelerant similar to gasoline in his autopsy, says Dr. Kilak. He said the teen suspect may have forced Paul to consume it.

“It would have to come through the mouth,” Dr. Kilak testified in court. “The victim could have drank it or (had it put into his open mouth while he was unconscious).”

A woman who knew the 91-year-old victim’s family gasped when she heard the details of Paul’s murder.

On Dec. 14, Kesha testified on the first day of the initial examination that over 80 percent of Paul’s body was burned, ranging from first to fourth degree. He also said that Paul’s head injury alone was enough to kill him.

On Jan. 5, 17-year-old George was summoned to stand trial in the case, and is charged with first-degree murder, felony murder, and burning a dwelling.

On Nov. 23, George entered the former TV repairman’s home looking to rob him, and then an attack soon followed. George ended up buying gasoline at a local gas station to set the house on fire, covering up his tracks.

He had already been pronounced dead when officers arrived, having suffered a severe head injury and burns all over his body.

Judge Kenneth said it was heartbreaking that a man who lived as long as Paul met his end the way he did.

In December, a gas station worker testified George purchased 50 cents’ worth of gasoline and a lighter on the morning the victim was killed and set aflame.

Odai said he recalls when Steward walked into his Sunoco near Eight Mile and Telegraph with a big gas can.

“I saw this guy in the gas station,” Odai said.

The clerk told Latoya, Assistant County Prosecutor, that George “looked nervous … scared.” Odai picked George out of a police lineup and also during the hearing.

Some relatives of George also testified last month that they recognized him as their relative from surveillance footage from the gas station.

Husband fatally beats man who attempted to “indecently abuse” his wife; bursts into tears when the sentence is read aloud by the judge
Father and son attacked by an armed robber; pregnant mother realizes they’re in danger and makes him pay the price