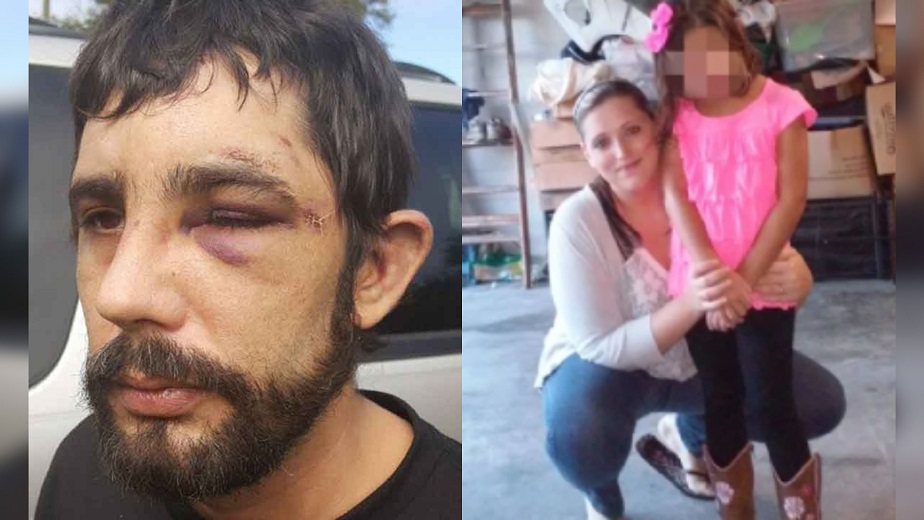 Right now, there is a lot of talk about guns, especially the AR-15, which Democrats want to ban.

Many liberals still think that the 2A is about “deer hunting,” and they don’t understand why someone would need an “AR-15” to hunt a deer.

Here’s how dumb they are.

They don’t realize that the 2A is there to protect us from a tyrannical government like the one Joe Biden is pretending to run right now.

And because of bad leaders like Joe Biden, crime is on the rise, so we need all the help we can get to keep our families safe in Biden’s miserable America.

So, it’s helpful to remember times when good, honest Americans used guns, especially the AR-15, to protect themselves and their families.

And our friends over at Western Journal did just that.

They went back and found this powerful 2019 story about a mother who was 8 months pregnant and killed a violent armed robber with her AR-15 to save the lives of her husband and daughter.

Western Journal said that Democrats are pushing hard for more “gun control” despite the scary crime waves caused by their “soft on crime” policies. This is why our right to self-defense under the Second Amendment must never be taken away.

In Lithia, Florida, three years ago, during a violent home invasion, a woman who was eight months pregnant used an AR-15 rifle to protect her 11-year-old daughter and her hurt husband. This was one of the most touching examples.

At the time, two masked burglars were beating her husband, Jeremy King, with a gun and kicking him in the head.

King told Bay News 9 in Tampa, Florida, in 2019: “They came in with two regular pistols, but my AR stopped them.” “[My wife] made it fair and stopped them from killing me.”

He talked about how fast the armed bandits turned violent.

“They came in wearing masks and hoods. As soon as they got the back door open, they grabbed my 11-year-old daughter and put a gun to my head, King said.

“I tell them, ‘I don’t have anything for you.'” “Give me everything you’ve got!” they say. It got very violent very quickly,” he said.

The thieves, who were wearing masks and hoods, beat and pistol-whipped King over and over again.

King’s wife, who was in the back bedroom, was scared by all the noise. When one of the thieves saw her, he fired at her.

Mrs. King, who was in her third trimester of pregnancy, ran into a back room, grabbed an AR-15 rifle, and stormed into the living room like the SEAL Team Six members who killed terrorist Osama bin Laden.

“She hit him when she saw him walking toward the back door,” King said. “He got about 200 feet from my back door to the front ditch before the AR did its job.”

The Tampa Bay Times says that the body of 27-year-old Joseph Michael Baez was found in a ditch.

I really liked this article from the Western Journal, and they include a lot more examples of good guys with guns.

I’d encourage you to check it out and share it with anyone who still thinks disarming law-abiding Americans is the way to stop criminals from attacking us.

You can finish reading the article here.

Teenager beats a 91-year-old man to death and sets his house on fire; what preceded the heinous act is even more shocking
Inmate on death row requests that untested fingerprints be tested prior to execution; he receives results, but not the ones he expected