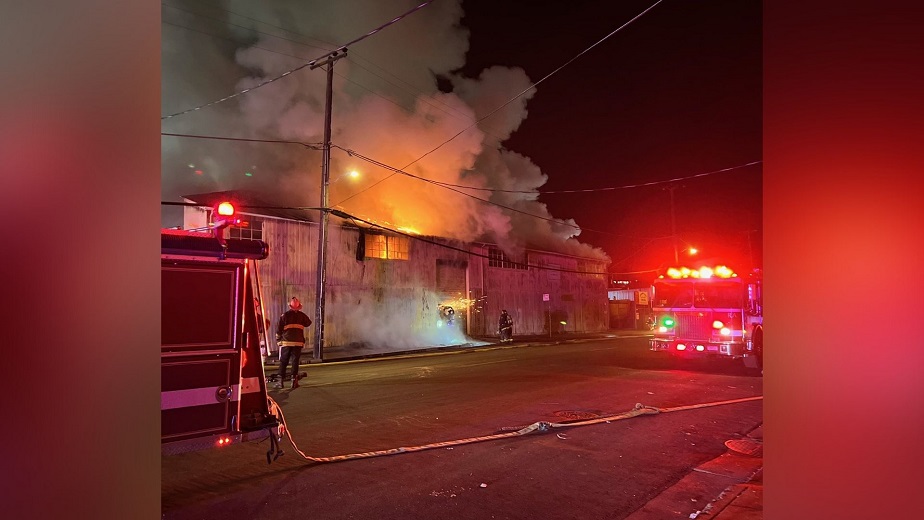 San Francisco, California – A three-alarm fire at the Air Dale Compressors Inc. warehouse in San Francisco’s Bayview district was put out early Saturday morning, according to a fire official.

The warehouse at 335 Barneveld Avenue at Newcomb was damaged “significantly,” but fire crews were able to save a lot of the materials and cars within the facility, as well as nearby buildings, according to San Francisco Fire Department spokesperson Lt. Jonathan Baxter.

Fire department paramedics responding to a separate incident reported the fire at 5:48 a.m., according to Baxter. Around 7 a.m., the fire was extinguished.

Fire crews were able to save an antique tow vehicle from a tow yard that had also been damaged by the fire.