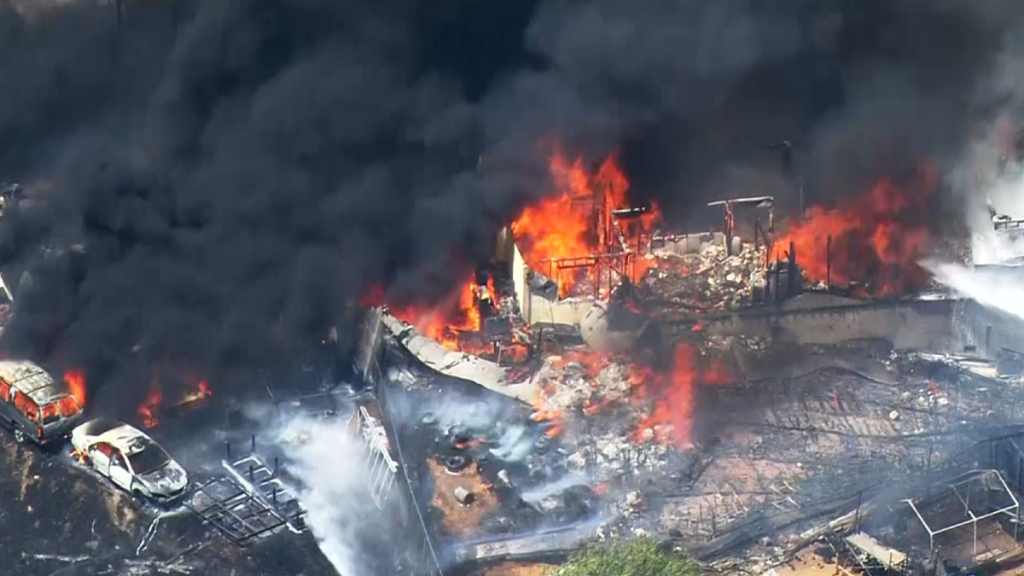 Contra Costa County, California – On Wednesday in the East Bay, three boys dug a hole and set a fire in the ground during windy conditions, ended up causing an inferno that destroyed one home, dozens of vehicles, and threatened an entire neighborhood.

The fire started below the home on Cambark Court in Martinez around 2 p.m. on Wednesday, and quickly spread to dry grass nearby and swept up the hill to the home. The homeowner, as KTVU reports, is a mechanic and car collector, and the fire burned the many cars on the property as well.

Neighbors describe multiple propane tanks exploding, and at one point an explosion caused a mushroom cloud to form over the blaze, as seen below.

Additionally, high-tension power lines passed almost directly over the property, and the fire impacted those and caused an outage for 8,000 power customers.

“It was traumatic, it blew one, two, three, four times,” said neighbor Edward Raya, speaking to KTVU. “When it blew and made a mushroom cloud, it blew everything at once, and his house it burned to the ground.”

Firefighters were able to contain the blaze just to the one property thanks to a reportedly aggressive response, though multiple other homes were threatened. The fire did burn a neighbors fence and shed.

The three boys reportedly admitted to starting the fire that spread to the home, and they were questioned and then released to their parents.

There were no injuries caused by the fire, but three people were displaced.