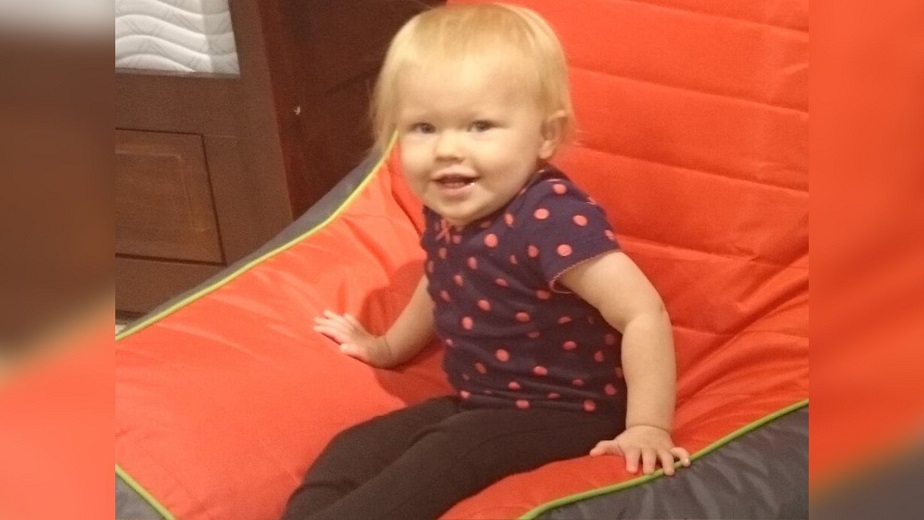 The twin brother of a toddler who died after being left alone in a car seat in a closet for five hours cried “gone, gone, gone” when he arrived at the hospital and the boy’s parents worried he’d witnessed his sister’s death.

Ceira was likely “trying to get out” when she became entangled in the straps, according to an agreed statement of facts read aloud at a sentencing hearing for Elmarie, 59, an unlicensed day-care provider.

Elmarie pleaded guilty to criminal negligence causing death in the case of 18-month-old Ceira, who died of asphyxiation in November 2015. Because they might have been called as witnesses at trial, Ceira’s parents were never told the full story of what happened to their daughter, learning many of the agonizing details for the first time so much later. Prosecutors Pam and Samina are seeking a four-year prison term, while defence lawyer Alain is asking for a two-year sentence. Judge Jim has reserved his decision. A bleak, dark picture of the family’s life after Ceira was outlined in three victim impact statements as the parents and grandparents of the toddler used words like despair, torture and misery to describe how their lives have been after the child’s death.

When she died, Ceira was a “frightened, alone, distressed, and helpless little girl,” said her father, Ryan, in his victim impact statement. “We miss her so much it literally brings me to my knees.” “The court must send a message to all day-home providers,” prosecutor Pam told court. “The message is this: if you undertake to provide care to children, you must actually pay attention to the children … there are no shortcuts, you can not confine a child out of your sight while you do other things.”

Court heard this was not the first time Elmarie had strapped Ceira into a car seat and left her alone. The car seat Ceira died in was so small the leg straps could not be fastened around the child. Only the chest buckle was done up when Elamarie left the girl for five hours to run errands at Walmart and McDonald’s. Elamrie’s brother was home but never checked on the three children his sister was supposed to be caring for and did not know where in the home they were being kept, according to the agreed statement of facts. Ceira was likely “trying to get out” when she slid down and became entangled in the straps. Though she lied to police numerous times, nine months after Ceira’s death Elmarie admitted she had left the toddler in the car seat before.

Ceira and her twin brother — who was likely left in a playpen for most of the day — were dropped off at 7:15 a.m. by their father on Nov. 12, 2015. Even though Elmarie had been asked not to allow the children a morning nap, she put the toddler in the baby seat around 8 a.m. and left to run errands. Around 1:30 p.m., Elmarie called 911 to report Ceira was unresponsive and unconscious. By the time EMS arrived, Ceira was dead. Ceira’s mother, Tanya, described the moment she was called by police, picked up and rushed to hospital with the officer only relaying that there had been a “terrible accident.” “When I arrived at the hospital and stepped out of the police car, there were several police there and what appeared to be a first responder; I knew Ceira was dead,” said Tanya. The shocked mother was taken to see her dead toddler.

When police brought Ceira’s twin brother Colby to the hospital, he cried out, “Gone, gone, gone” over and over. “What did he see? What happened to Colby?” Tanya said. All the boy has is “two very messed up grieving parents,” she said. Both parents described retreating from friends and family, isolating themselves, selling their dream home and struggling to survive their loss. They said their happy memories of the twins as babies were stolen by Simons, because looking at photos of the children brings too much pain.

The parents said they weighed down with guilt for trusting Simons with their children. They were on a waiting list, but not yet able to get the twins into a licensed daycare. When Elamrie was asked about her initial lies to police, she said she didn’t tell the truth “because it sounded so bad” and she “was trying to cover [her] butt.” When given the chance to speak at the end of the hearing, Elmarie apologized to Ceira’s family, telling them: “I am so sorry, but I know that doesn’t cut it. “Not a day goes by without me thinking of that little beautiful girl,” she said.

Elmarie called Ceira “a rainbow of a child” and told her victim’s family, “I am not the monster you think I am.” “This is not about me, it’s about the shattered lives which I caused, the anguish, the sorrow, the pain and depression for which I am responsible.” After hearing hours of sentencing submissions and victim impact statements, Judge Jim said it had been an “exceedingly difficult day and difficult case for everyone, including myself.” The judge said he needed time to consider his decision and will sentence Elmarie next week. “I know this case needs closure for all involved,” he said.

Evil stepmother tried to conceal her 10-year-old stepdaughter’s death by burning her body in a trash can, jury delivered a harsher sentence than she had hoped for
“Our son is dead,” Father dreamed that something was wrong with his son and woke up to find him with a bluish face; the unexpected happened a few days later