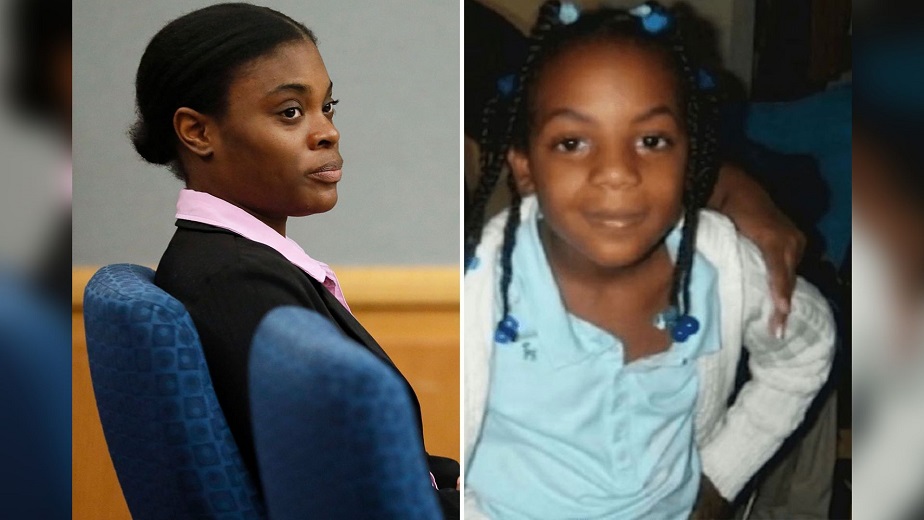 A woman who was found guilty of murdering her stepdaughter by starving her to death has been given the death penalty by means of a lethal injection.

36-year-old Tiffany showed no emotion as the jury delivered the death sentence for the murder of 10-year-old Emani in 2013. Tiffany was found guilty of all counts, including murder, cruelty to children and trying to conceal the death of Emani by burning her body in a trash can. The girl weighed just 32 pounds when she died.

Tiffany represented herself at trial and mounted no defense. She made no opening statement or closing argument and called no witnesses, saying she hoped that God would see her through the case. Her husband Eman – Emani’s biological father – is serving life in prison without parole for his role in the crime, after pleading guilty to felony murder in 2015 in exchange for testifying against his wife.

At trial, prosecutors painted a damning picture of Tiffany, who they said kept her young stepdaughter confined to a bedroom in their apartment, slowly starving her to death. A medical examiner described how Emani wasted away without food or water and lived in waste in her own bed because she’d become too weak to move.

Prosecutors highlighted text messages sent by Tiffany to her husband Eman during the time when Emani was being starved. At least twice, Tiffany sent her husband pictures of meals she had prepared for him and her own two children the couple shared. Prosecutors said it likely took weeks for Emani to die of starvation.

After the girl’s death, Tiffany and Eman stuffed her emaciated body in a trash can and set it on fire. Their two other children, whose ages have not been revealed, were with them when they tried to dispose of the body. District Attorney Danny urged the jury to choose the death penalty for Tiffany, rather than life without parole. ‘She’s shown you too much of her capacity for cruelty. There will always be that dark side waiting to come out,’ he said.

Danny slammed Tiffany as an ‘evil stepmother’ in his opening statement saying that the case was like ‘a Cinderella story gone horribly wrong’. Asked by the judge if she wanted to say anything to the jury before sentencing, to explain her life or circumstances, Tiffany only replied ‘No’. The jury of six men and six women agreed to the death sentence.

Woman suffered horrific injuries after friends pulled a prank that went wrong; her son saw her face and was scared to sit next to her
Toddler died after being left strapped in a closet for hours, what she was doing until her last breath left her parents heartbroken