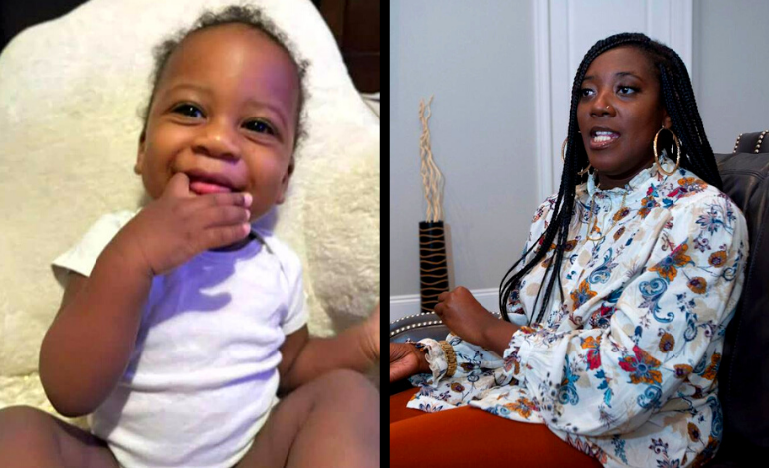 The mother of two minors, aged 1 and 3 years, was in total disbelief and completely traumatized earlier this month when she received a call in the early morning hours by the police asking her to come to the crime scene, which was at the home of her children’s father who was taking care of the little ones that night.

According to the incident report, the local police department officers and SWAT teams showed at the front door of Corey Marioneaux Jr.’s home executing a search warrant. That night Marioneaux was taking care of the minors and fearing the police were intruders, he fired several shots at the entrance door. It was moments later when Marioneaux was arrested and later charged for shooting at one of the officers after they rammed his door.

The search, police said, was part of an ongoing investigation into an officer-involved shooting in January, WEAR-TV reported. Police have not said whether Marioneaux is somehow connected to that case. After their dad left the scene in the back of a police car, the boys were left in the care of the police at the Marioneaux’s Florida home .

Not knowing what was going on and why she was called by the police, Moiya Dixon, the mother of the children, started looking for her children as soon as she arrived at the scene. “I get out my car like, ‘Where’s my baby? Where’s my baby?’” Dixon said according to Fox 8 Live. In a matter of seconds, she was both happy and devastated of what she was seeing there.

“And I get my baby and I see his face – and it’s almost unrecognizable compared to how he looked when I left him last,” Dixon added. The 1-year-old boy’s face was bloody, with nose and lip swollen, a scrape on his lip, scratches on his nose and several bumps on his forehead. She immediately asked what happened and who injured her son, but no one responded to her questions.

Few days later, the local police department issued an official statement saying that both of the kids were taken by an investigator and placed in a backseat of a patrol car after their father was arrested in front of their eyes. The investigator allegedly left the kids there and got out of the car. When he returned back shortly after, he opened the door doesn’t realizing that one of the children was leaning on the door. Seconds later, the toddler’s face smashed against the pavement. EMS crews treated the toddler at the scene, but didn’t take him to hospital for treatment because they were allegedly called out few minutes later.

Two weeks later, the 24-year-old mother of the boys announced she hired California based attorney threatening to file lawsuit against the city and the local police department in response to her son’s injuries and her belief that police attempted to cover up their blunder by dissuading her from taking her son to the hospital.

“When I got there, I saw caution tape all over the place and police officers. So, I’m frantic. I’m like, ‘Where’s my children? Where are my children?'” Dixon recalled. “When I got to my 1-year-old, he was unrecognizable. He had bruises all over his face. I couldn’t find his forehead. His lips and his nose bloody, it was disgusting.”

The police declined to comment the case saying that there is ongoing internal investigation into the matter.

Dixon’s attorney is representing Dixon in the possible civil case, as well as planning to represent the father of Dixon’s children, the 23-year-old Marioneaux, in criminal court.

Autistic student with special needs beaten in the school restroom by another student, temporarily suspended from school for no reason, the mother speaks out
“He couldn’t walk. He couldn’t eat…” Seven-year-old spent more than a month in hospital fighting rare Covid related disease, expected to recover