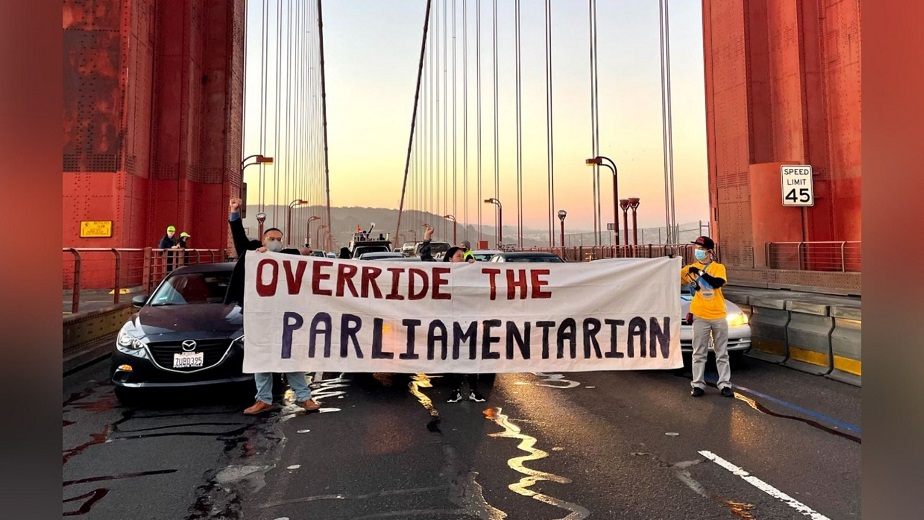 San Francisco, California – After immigration activists organized a protest and blocked the Golden Gate Bridge, traffic is back to normal now.

The southbound traffic was affected after number of protesters in cars slowed to a stop in the northbound lanes of the Golden Gate Bridge.

Peter Woiwode, speaking on behalf of the protesters and the Bay Area Coalition for Economic Justice and Citizenship for All, said they were calling on the U.S. Senate to include a pathway to citizenship for undocumented immigrants.

Shortly after 8:30 a.m., San Francisco’s emergency alert system sent out a message saying the demonstration had been cleared, although drivers should expect residual delays and seek alternate routes.

No other information was immediately available about the protest, but organizers are also planning a noon rally in San Jose.