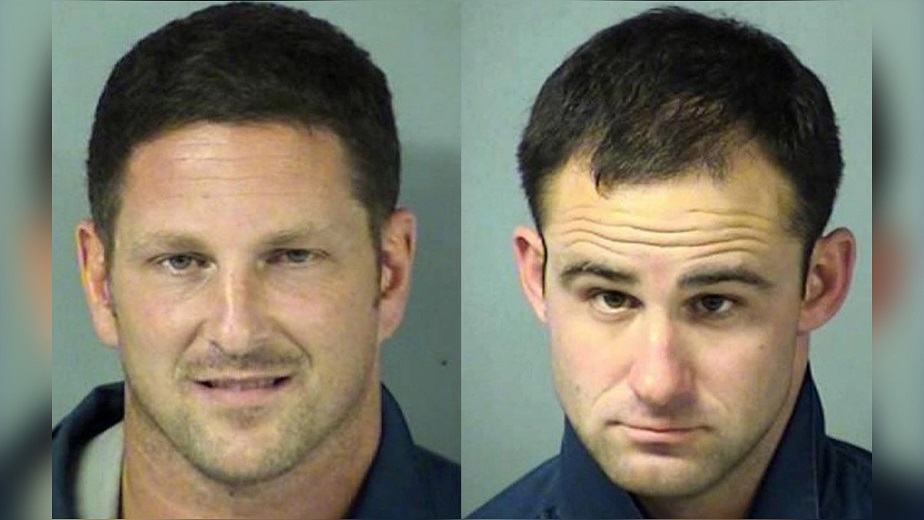 Two adults hid next to a playground, and both of them had their sights set on the same little girl, who was five years old. Then they made their move. They rushed into the play area, where a teacher was attempting to confront them, and they shoved her to the ground. Then one of the men took up the girl, who was screaming and kicking.

The men’s names were Michael and David, and the kidnapping victim was Michael’s five-year-old daughter.

The two abductors traveled to the city to kidnap Michael’s daughter in what friends are claiming could be nothing more than a custody dispute gone horribly, horribly wrong.

That’s what Michael’s friend, Adam, said. When he heard about how his long-time friend snatched up the little girl and caused bodily harm to the teacher protecting her, he knew that there was trouble in the household.

“He is a loving father, and he came to get his daughter. The custody battle I’m sure is going to ensue,” Adam said.

Adam admitted that things had gotten quite troublesome between Michael and the mother of the girl. They were fighting and not getting along. The love they once had died and was replaced with nagging and bickering. And when the mother of the girl moved from the home, Michael snapped and persuaded his friend, David, to kidnap his daughter and take her back.

Authorities are reportedly aware of the family issues in the case. A police officer said that Michael and the mother of his daughter have a documented history of not getting along. Nevertheless, Michael committed a crime when he pushed a teacher to the ground and grabbed his daughter, kidnapping her from the school playground.

“The teacher, seeing what was taking place, rushed to intervene and was pushed down as the pair took the child and left the school grounds,” police said in a published statement.

The teacher immediately told the school’s resource officer, who notified police. The two men left with the child in a car, and officials began searching for it with a description given by the teacher. Deputies found the vehicle about 10 minutes later near the airport, where they were able to pull it over and recover the child.

Authorities said: “That’s one of the issues we’re looking at with this being a custody issue. But anytime you go onto school grounds and take a child without going through the proper process, it’s certainly going to raise flags and create an alarm, which it did in this case.”

Adam understands that his long-time friend is frustrated, but he is on the side of the law. He hopes that the matter will get its day in court and that Michael will get an opportunity to see his daughter again. In the meantime, Adam believes that Michael and David should be allowed to post-jail. But given how he kidnapped his daughter, police and law enforcement officers are not certain he won’t just try to do it again.

“The court will obviously decide all this,” Adam said. “We just want Michael and David to get out of jail. Just a bond hearing. That’s all we want.”

Do you think Michael and David deserve to walk free after this kidnapping case? Or should they remain behind bars until the court can decide what to do with them?

Man convicted of burying a bus of 26 schoolchildren aged 5 to 14 alive released on parole
Teen girl helped a couple escape, locals drugged and burned her alive in retaliation