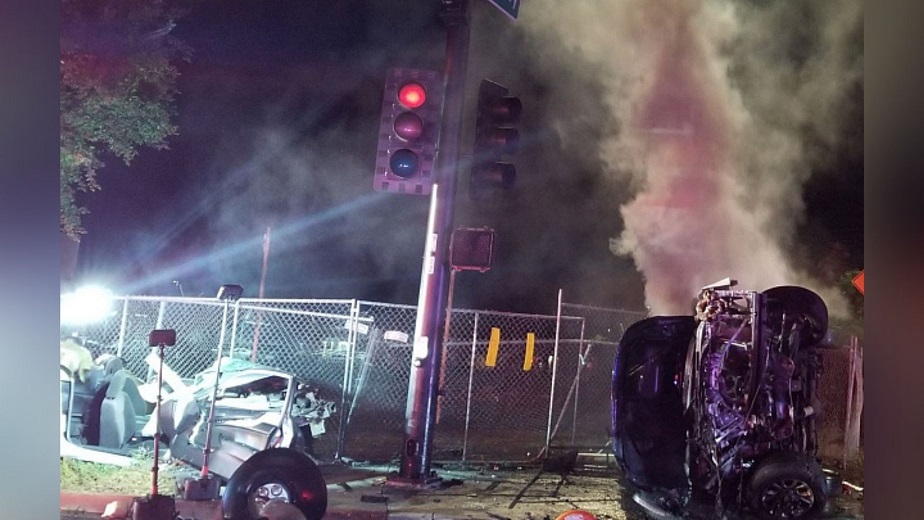 The accident occurred just over 24 hours after a major collision on the same route that injured seven people, according to authorities.

The vehicle was headed in the northbound direction near High School Avenue when it hit a light pole about 1:45 a.m., according to a release from police.

The driver was taken to a hospital with major injuries. Concord police said Monday afternoon that the driver had succumbed to his injuries at the hospital.

Early Sunday morning, seven people were injured in a horrific collision at the intersection of Port Chicago Highway and Willow Pass Road that left one vehicle smoking and on its side and the other a twisted wreck.

Concord Police tweeted information and photos of the crash scene around 2 a.m.

Three of the injured were airlifted to John Muir Hospital for treatment of serious injuries while the other four were taken by ground ambulance to local hospitals.

Both collisions are still under investigation. Any witnesses are asked to contact Traffic Officer Wilson at (925) 603-5962.