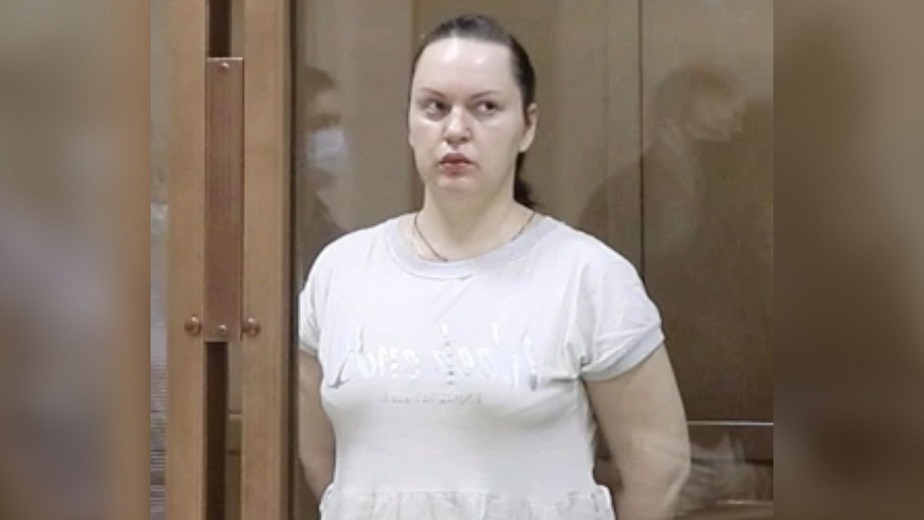 A woman is being accused of killing her friend’s two-month-old daughter by throwing her out of an apartment window and causing her to fall to her death on the sidewalk below. The woman is said to have been overcome by jealous rage when she committed the crime.

According to the information that police have uncovered, the 30-year-old woman, Daria, was allegedly “envious” of her friend Yaroslava, who was a married mother with three children. Daria couldn’t tolerate the sight of her best friend Yaroslava leading a happy life at home with the man she loved and their loveable children. She was envious of her friend’s existence. This is what ultimately led her to kill her friend’s daughter.

At the time of the baby’s death, Daria was pregnant and had actually stopped by Yaroslava’s apartment to pick up some secondhand baby clothes. Daria worked as a beautician, and on the day of the child’s murder, she went to her friend’s apartment, located on the 13th floor of the building.

While inside the house, things seemed to be going normally, and Daria and Yaroslava didn’t even have any arguments before the horrifying incident took place. Suddenly, when the baby girl’s mother turned away for a brief moment, Daria scooped the little one up and threw the child out of the window without a second thought.

The baby girl’s tiny body hurtled down from a staggering height of about 130 feet and landed on the concrete floor.

Immediately, the baby girl’s mother rushed to the ground floor only to find her child lying motionless after the horrific fall. Soon, first responders and paramedics arrived on the scene, and the baby was declared dead on the spot. Left in a state of “deep shock,” Yaroslava also needed medical attention after seeing her daughter killed in the devastating fall.

Right after the incident, Daria was detained. Now, months after the child was flung out of the 130-foot-high window, reports reveal that Daria claimed she was experiencing mental illness, which pushed her to commit the grave crime.

After being taken into custody, Daria told the police she had “heard voices in her head” that told her to chuck the baby out of the window. However, as the investigation into the case ensued, psychiatric experts revealed that Daria was “faking” schizophrenia. The psychiatrists conducted examinations with Daria and concluded that the woman was putting up an act just so she could avoid being given a heavy sentence for the baby’s murder.

“A comprehensive examination was conducted and experts did not find any evidence (of mental illness). According to the experts, the woman simulated the disease,” authorities said.

As Daria was being held in custody, she had also given birth to her child. She was later sentenced to 17 years in prison and was also ordered to pay $81,000 in compensation to the parents of the baby girl.

Teenager forced 91-year-old neighbor to drink gas, beat him and burned his home; Learns his fate
Couple let neighbors beat their 4-year-old girl to death as they believed she was possessed by demons