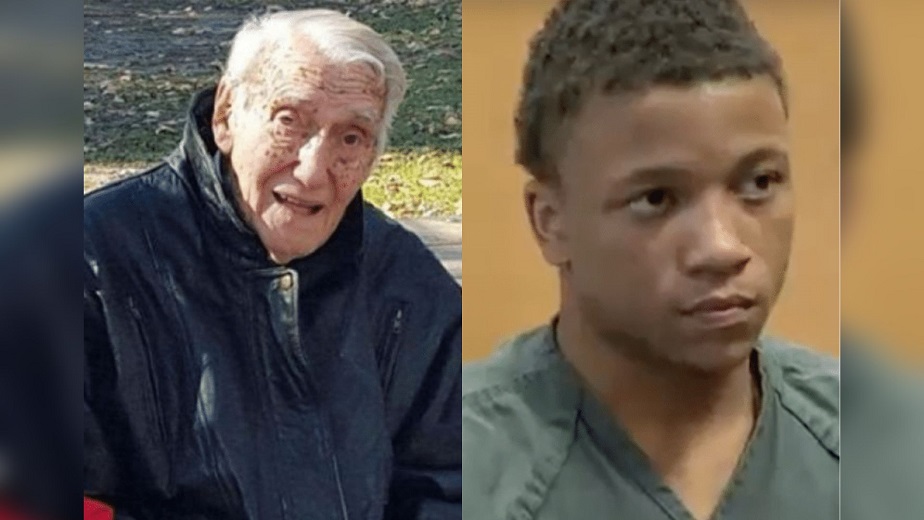 A 91-year-old man was forced to drink gasoline before being beaten and burned to death in his home.

Paul was found with a fifth of a cup of a by-product of an accelerant similar to gasoline in his autopsy, says Dr. Kilak Kesha. He said the teen suspect have forced Paul to consume it.

“It would have to come through the mouth,” Dr. Kilak testified in court. “The victim could have drank it or (had it put into his open mouth while he was unconscious).” A female family member of the 91-year-old victim gasped while listening to the explicit details of Paul’s murder. Dr. Kilak testified on the first day of the initial examination that over 80 percent of Paul’s body was burned, ranging from first to fourth degree. He also said that Paul’s head injury alone was enough to kill him.

17-year-old George was summoned to stand trial in the case, and is charged with first-degree murder, felony murder, and burning a dwelling. George entered the elderly man’s home looking to rob him, and then an attack soon followed. George ended up buying gasoline at a local gas station to set the house on fire, covering up his tracks. George lived next door to Paul with his grandfather, family members say. His motive is unknown.

When officers arrived at the scene, he was already pronounced dead – having a severe head injury and burns all over his body. The judge said it was heartbreaking that a man who lived as long as Paul met his end the way he did. Prosecutor Kym said the word “heinous” didn’t begin to describe the slaying of the elderly man. A gas station worker testified that George purchased gasoline and a lighter on the morning the victim was killed and set aflame. He said he recalled when George walked into the gas station with a big gas can. George was convicted of the brutal murder and sentenced to 30–60 years in prison.

Boy abuses his 8-year-old cousin, his mother catches him in the “act” and takes her next step
Woman envious of her friend decided to ruin her life, took the baby in her arms and did the unthinkable