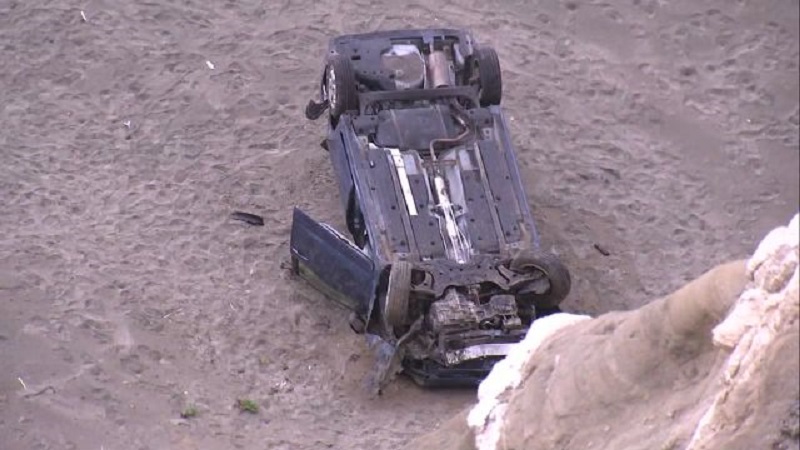 San Francisco, California – A woman is in serious conditions after a car went over a cliff onto the beach at Fort Funston in San Francisco Christmas morning.

The San Francisco Fire Department first reported the incident around 8:40 a.m. on Twitter, saying the car went over the cliff and was on the beach.

One person was rescued by first responders and the fire department says she was taken to a trauma center.

Photos from the fire department shows a car flipped over the beach.

It’s unclear what caused the victim’s car to go over the cliff.