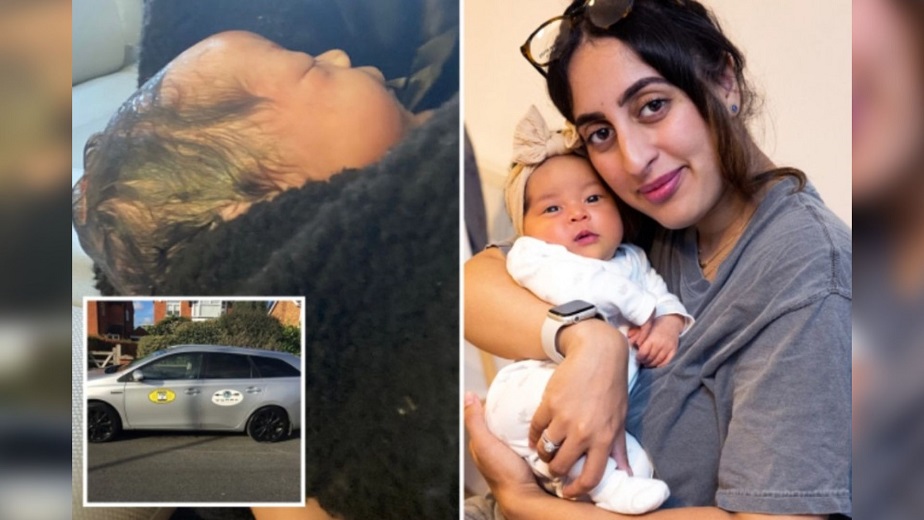 When she went for a routine check-up at the local hospital by taxi, this woman never dreamed that she would come out with her daughter in her arms after her water broke after only 5 minutes of driving.

After this initial shock, another, much more unpleasant one followed later.

The 26-year-old Farah unexpectedly gave birth in the back seat of a taxi while on her way to the hospital for a routine check-up, after which the taxi driver sent her a bill for the ride as well as cleaning the car.

She took a taxi to the hospital, about 12 miles from her home, for a routine check-up when she felt she was in labor.

“After 5 minutes of driving, my water broke.” “The driver asked me if I wanted him to stop, but I told him to keep going because I believed he would make it to the hospital before the baby was born,” Farah told the media.

Farah gave birth to her daughter Naya in the back seat of the vehicle while the driver contacted the hospital to admit her.

“When we got to the hospital, the nurses were waiting, and they were shocked. “Everything was surreal; I didn’t even have time to panic,” the mother recalled.

She claims that a few days after giving birth, she received an invoice from the taxi company that included a cleaning fee and a bill of over $100 for a $34 ride.

“I realize I made a mess, but it’s a bit cheeky to charge me that much.” The funny thing is that this taxi company is located on my street. “I see the car in which I gave birth every day through the window,” said Farah.

Man pulled over by police, but the reason for the stop was not a traffic violation; he was astonished after their encounter
“He defied the norms and standards,” Mother shared pictures of her newborn baby, leaving many people stunned; doctors were as well shocked by the size