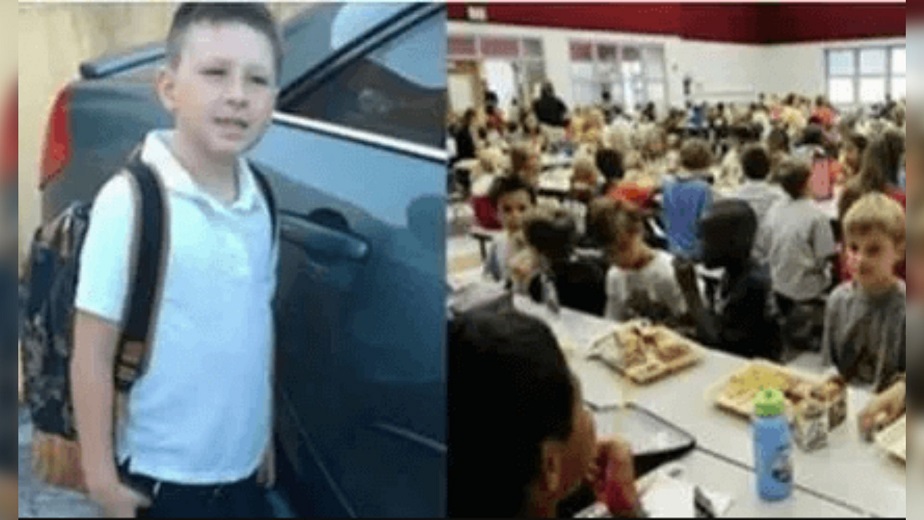 For most children, birthdays are the best time of the year—but not so for seven-year-old Oscar.

After his father was killed on his special day, it’s no wonder.

It’s just one of many special occasions that probably bring back awful memories each year.

So when his school’s yearly “Take Your Dad to School” breakfast comes around, one can only imagine the pain the boy must feel.

Every year the boy is unable to attend the Alpha Charter of Excellence School event, likely reminding the child every time of what he had lost.

“Lisa asked if an officer could accompany Oscar this year so he could be part of it,” said the Police Department on their Facebook page.

Not only did the department agree to attend the breakfast, but they sent four officers to act as “adoptive” fathers to the boy.

What’s even better, they did more than just show up.

At the end of the breakfast, the school asked the fathers to sign a pledge promising to support their children.

The officers signed, vowing to ensure the child achieves success at school and to “encourage (him) to do his best every day.”

“That was the best day of his life,” Lisa commented, later thanking the officers for being such good role models on her own Facebook page. “He is still on cloud nine. “Thank you so much.”

Lisa also added that Oscar is now excitedly waiting for the next time he will see the police officers again.

The post touched the hearts of many, even inspiring some to contribute in their own ways.

“I would like to send him something from my husband’s department for his birthday!!!,” wrote the wife of another police officer.

“This was so beautiful and brought me to tears!,” she added. “As a teacher and a wife of a police officer, I know how much this just have meant. Your little boy is so handsome, and I hope this brought him extra joy on a hard day.”

We are republishing this story in light of recent reports across the country that suggest more and more Americans are having positive interactions with police officers despite changing attitudes about police departments and a wider conversation about police reform.

Teen son and 8-year-old niece asked to clean up living room; moments later, mom catches him ‘indecently abusing’ his cousin
Bullies laughed while torturing a blind boy at school; police see the video and take matter into their hands