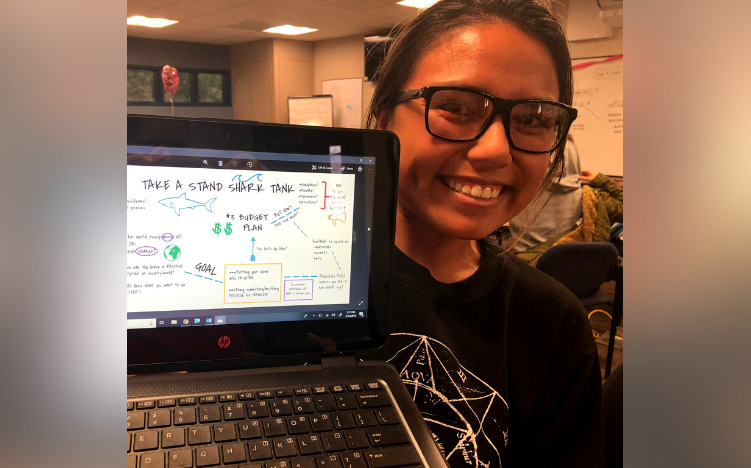 The local community, parents of students and the colleagues from the high school where she worked were left nothing but devastated when they became aware of the relationship between the 30-year-old female English-language high school arts teacher and an underage male student, an incident that was brought to the light of the day earlier this week.

Less than a month ago, we reported about the incident when an autistic student hurt herself all over the face and body out of fear after the girl was threatened by an aggressive elementary school teacher. But that incident was not an isolated one as incidents in schools involving teachers are on the rise in the last couple of months countrywide.

Earlier this week, multiple news outlets reported about the 30-year-old woman, identified as the A. Quinonez, after it was discovered that she was in a relationship with one of her underage male students. In addition, the authorities revealed that Quinonez sent ‘explicit’ photos of a ‘sexual nature’ to the students in multiple occasions.

The English-language arts teacher, as well as swimming and water polo coach at Eleanor Roosevelt High School in California, was arrested on Tuesday after investigators with the local county sheriff’s office responded to the school regarding allegations Quinonez ‘committed lewd acts’ with the minor student. Investigators were able to determine she was in a relationship with an underage male student before she was arrested while on school grounds.

The investigators decided to not to release the age of the student involved in the incident, and understandably, his identity was not revealed for the public due to his age. Since the investigation is still in the early stages, it was not discovered how the school officials got notified of the allegations before reporting the case to the local authorities.

The school principal, who has been on the position for just more than a year now, said in a statement that the school district and that particular school have zero-tolerance for behavior that endangers students. He, however, didn’t reveal more details about Quinonez’s employment status, but confirmed that she was suspended as of Wednesday. As of writing of this article, Quinonez is still listed on the school’s staff directory.

The local authorities confirmed Quinonez was released from custody Wednesday on a $50,000 bond, but decided not to further comment the case confirming the investigation is still ongoing. It was later revealed that the teacher has worked at the school since 2016.

The high school has both a boys’ and girls’ water polo team. The school’s athletic website does not list her as a coach of either water polo team nor the swim teams, though a 2018 school newspaper feature lists her as the JV/freshman boys’ coach. It’s unclear how long Quinonez had been coach or whether the student involved was on the team.

It remains unclear in which direction this case is heading taking into consideration the fact that the district attorney’s office has not yet decided whether it will file charges in the case. Regardless of the prosecutor’s decision, Quinonez is scheduled to face the accusations before a judge. She is currently slated to appear in court on June 14, 2022.

Instead of pain reliever to treat tooth pain, teenager was delivered counterfeit pill with fentanyl from a dealer he met online and died due to poisoning; his mother speaks out to raise awareness
Toddler dies during surgery after the stubborn senior hospital staff decided to perform the operation even though they were warned the hospital was not properly equipped to handle the procedure, lawsuit