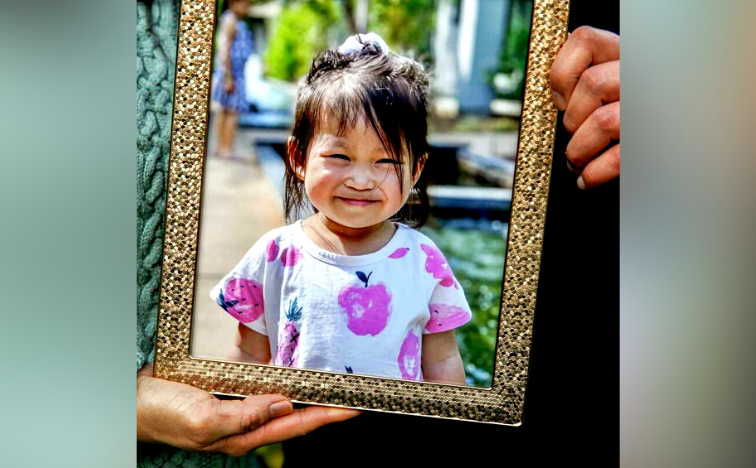 Parents are literally prepared to do everything in their power and will go above and beyond to provide their best for their children especially when it comes to children’s health. Whether it’s simple cold or other more complicated illness, it is well known that parents should remain dedicated in keeping children as healthy as possible in the first two years of their lives until they build immunity which is crucial in their further development.

Tom and Truc-Co Jung are young parents who did everything they could to provide the best possible care for their 2-year-old Ailee, but despite their efforts, the little cancer-ill girl died during surgery. The couple is now suing the hospital claiming the medical staff decided to perform the surgery even though they were warned the hospital was not properly equipped to handle the procedure.

According to the parents who decided to share their story and raise awareness, Ailee was diagnosed with cancer and had been receiving a chemotherapy for some time when she underwent a complicated procedure known as liver resection surgery at the California based John Muir Health in November 2019. The parents said goodbye before she was given anesthetic, but the little girl’s heart stopped during surgery and they couldn’t believe it was their last goodbye.

While the parents were aware the surgery was complicated and they were prepared for the worst, it was later discovered that the medical staff allegedly dismissed warnings the hospital was not properly equipped to perform that specific operation on a child, something that came as a notice even weeks before the surgery. But for still unknown reasons, the senior medical staff decided to ignore that notice.

The young parents decided to sue the hospital because, according to the lawsuit, the hospital officials didn’t disclose key details to the family prior to surgery like the fact that the hospital ‘had not performed the specialist surgery on a child before and that the anesthesiologist involved had only recently finished fellowships in pediatric anesthesiology.’

In a statement, John Muir Health told The Independent that Ailee had been frail due to her cancer and chemotherapy treatment, and they had her with “provided extraordinary care”. John Muir CEO Cal Knight said: “Life-saving procedures on extremely ill patients are not always successful. “This fact is most tragic when the patient is so young.”

However, Tom, Ailee’s father, later said that if the hospital provided all the details while they were discussing the surgery plan with the family, in no way they would have allowed the surgery at the time. “Had I known that anyone at the hospital had concerns about their ability to do that surgery, there is no chance I would have done it,” Tom told SF Chronicle.

This case forced the California’s Department of Public Health to conduct an investigation which showed that no federal or state laws had been violated by the hospital staff in that particular surgery. However, no logical explanation has been given how the girl’s heart stopped during the surgery even after the inspection.

Former John Muir medical director Dr. Alicia Kalamas was the one who raised concerns about the medical team’s ability to successfully perform the surgery saying that the little girl might die during a potential surgery. John Muir Health disputed Dr. Kalamas’ assessment. She has since taken legal action against the hospital after her contract was not renewed, alleging retaliation for raising patient safety concerns.

30-year-old swimming and water polo coach, who is also an English-language high school arts teacher, is accused of being in a relationship with a minor student and sending him ‘explicit’ photos
“What are you having, three kids?,” Manager in famous American restaurant chain location shames coworker commenting on her pregnant belly leaving her in tears outside the restaurant