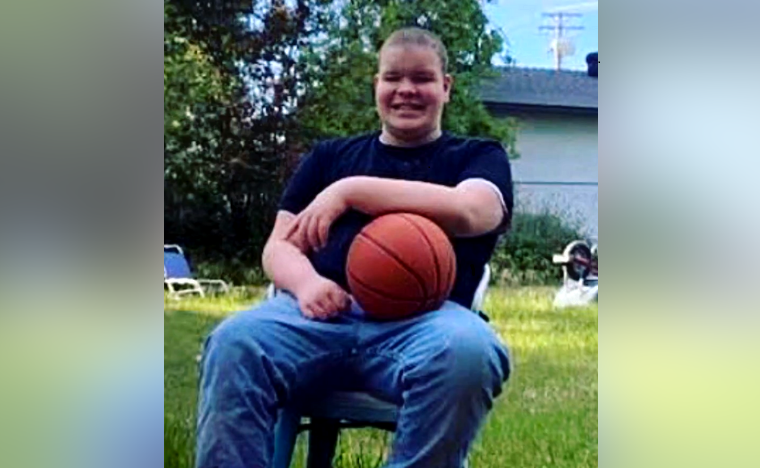 More and more teenagers and young people are becoming victims of fentanyl, a powerful opioid used as a pain medication and sometimes used as a recreational drug, in the last couple of years as the drug became cheap and easily accessible. According to data provided by the People magazine, 20 people aged 10-24 years die everyday on average in America from overdose and 75% of those cases are fentanyl-related.

What is even more concerning for parents is the fact that the number of victims is much higher knowing that many others end up in hospital for treatment every day, while drug dealers adapted to the pandemic measures and started offering drugs to young people online to make it even more accessible for those who want to purchase. However, one such purchase ended up to be fatal for a teenager who died after ingesting counterfeit pill in an effort to treat his tooth pain.

The mother of the 13-year-old Luca, Amanda Eubanks, decided to share her sad story with the public urging parents to spend more time with their young children and often control their online activity to prevent similar tragedies. Speaking to the People magazine few days ago, Amanda explained what had happened in August 2020 when someone sold Luca counterfeit pill online.

Described as a young boy who was spending a lot of his free time taking photos with his camera and serving dinner to his town’s homeless residents, nothing indicated that Luca will ever try to contact a dealer online or use drugs at all. But in August of 2020, Luca used one of the social media apps to contact a dealer in an effort to buy Percocet to help with some tooth pain. Instead, Luca got a counterfeit pill containing enough fentanyl to fatally poison him. It was the day before he was to begin eighth grade.

“Now he doesn’t get to live his life,” the California mother said few days ago. “All I have left are these little memories and Luca doesn’t get to make any more.”

The DEA reports that they seized more than 20 million fake pills last year, and 40 percent contained a potentially lethal dose of fentanyl. Luca is just one among thousands of Americans who has been swept up by a tidal wave of death caused by the sale of counterfeit pills online.

As she was preparing the groceries she had just purchased so she can cook pasta for the homeless with her son that evening, Amanda’s ex-husband called and asked her to go to his home right away. Amanda was nothing but devastated when her ex-husband informed her that Luca is dead. When she arrived at her ex-husband’s home, the police were there preventing her to see his son who was already dead. When she was finally allowed to, she was only able to hug him through a body bag.

“I raged on the trash cans on the street. I threw one over an 8-foot fence,” she says. “When I ran my hand over his face it reminded me of his outline in the womb. The pain left behind is something I don’t ever want anyone else to feel,” Amanda added.

The young man who sold the pill to Luca was later identified, located and arrested. He was since charged with murder. But the risk still remains very high as people are selling drugs online using social media, paid ads and internet pharmacies. According to the director at Global Health Policy and Data Institute Tim K. Mackey, buying pills online is extremely dangerous as there is no quality check on the advertised products in most of the cases.

Experts believe the only way to prevent children becoming victims of drugs sold online is parental control including checking children’s online activity and controlling the packages delivered by USPS, DoorDash and similar companies.

The \ interview with Luca’s mother can be seen here.

“This is going to be fun,” Attorney claims Black elderly woman was taunted, harassed and antagonized before she was brutally arrested by officers causing her to suffer several injuries, lawsuit
30-year-old swimming and water polo coach, who is also an English-language high school arts teacher, is accused of being in a relationship with a minor student and sending him ‘explicit’ photos