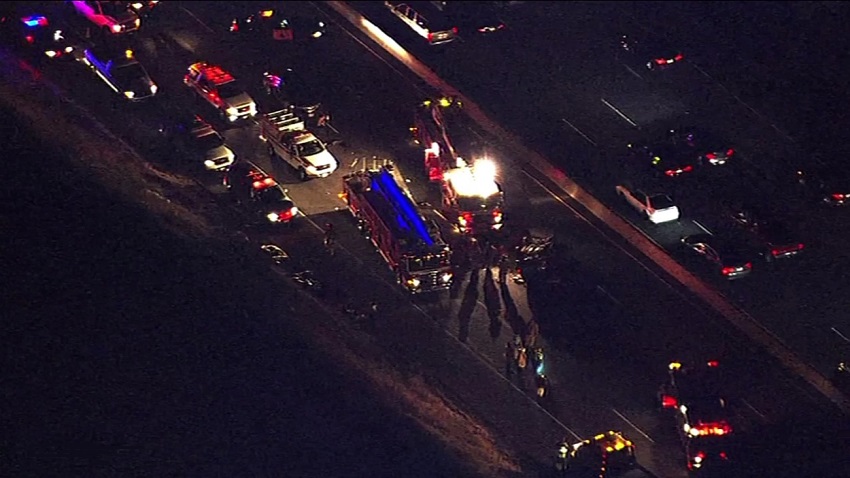 The Milpitas resident was the passenger in a 2003 Nissan 350Z that veered that from traffic lanes and struck the concrete center divider, then veered across all lanes of traffic and into a concrete sound wall right of the highway.

The fatal solo-vehicle crash was reported just after 10:20 a.m. Wednesday north of Center Avenue, and blocked the two right lanes of the freeway near the eastbound connector to SR-4, according to the California Highway Patrol.

A Sig-alert for northbound I-680 was in effect for several hours as CHP did a traffic break and investigated the collision.

The passenger was pronounced dead at the scene. Authorities have not released her name.

A 22-year-old Milpitas man was driving the Nissan, and was taken to John Muir Medical Center in Walnut Creek for treatment of major injuries, the CHP said.

The crash remained under investigation late Wednesday; anyone with information was asked to call the CHP’s Contra Costa-area office at 925-646-4980.