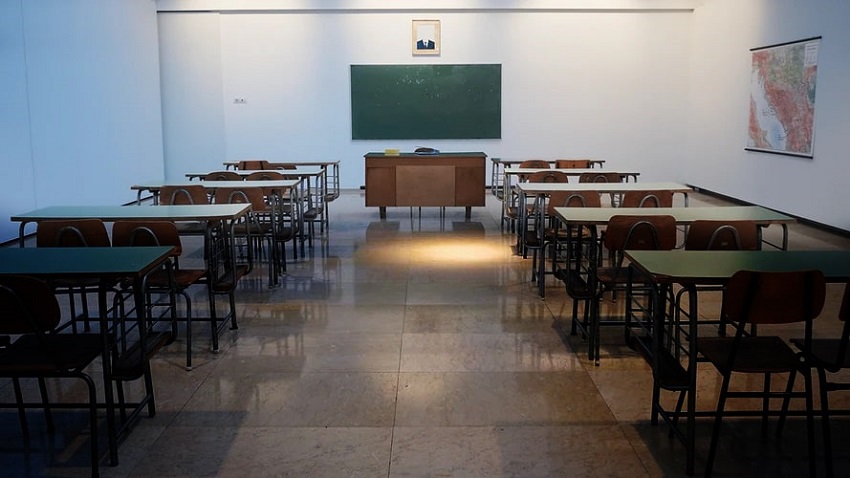 At a special district board meeting Tuesday, Chairman Brian Lawrence said he believes the prospect of district students spending the rest of the 2020-2021 school year in distance learning is “very unfortunate.” But he and other district leaders said the situation remains fluid and uncertain.

“I think as we continue to navigate through this is that people more and more see why that is a possibility,” Lawrence said.

The school board on Oct. 26 approved a plan to have kindergarteners, first-graders, sixth-graders and ninth-graders do their first in-class learning on Jan. 11; second-, third-, seventh- and 10th graders on Jan. 19; and fourth-, fifth-, eighth-, 11th and 12th-graders on Jan. 25.

Families that wanted to opt out of face-to-face learning could continue with distance learning.

At that Oct. 26 meeting, most call-in commenters said they wanted schools as fully open as possible, as soon as possible. But during that last week in October, Contra Costa County was in the much less restrictive “orange tier” under state COVID-19-related health guidelines. There was more optimism for students coming back to schools sooner rather than later.

But a recent surge in coronavirus infections countywide (and statewide, and nationwide) has prompted a more cautious approach to reopening plans. And while it’s generally acknowledged that some students — including those in special education — would most benefit from in-person teaching, Annie Nolen that situation is up in the air.

“I’ve got 70 job openings, and about 50 of them are for special ed assistants,” said Nolen, Mount Diablo Chapter president of the California School Employees Association. “I’m really concerned about enough staff coming back.”

Tricia Collins, a second-grade teacher in the district, told the board Tuesday night that her students have adapted wonderfully to distance learning.

“Everyone is actively engaged and loving it,” said Collins, adding that all her students have a front-row seat to her teaching. The hybrid model proposed by the district, she said, “sends everyone’S stress levels through the roof.” And Collins and others also expressed concern for the safety of those in the classroom, be they teachers, students, staff or administrators.

District Superintendent Dr. Adam Clark acknowledged those concerns, and noted that the teachers’ unions still must agree to return to their classrooms. But Clark said he has received “myriad emails” from parents favoring a return to the classroom for their kids.

Lawrence, too, said he believes the district should get kids back into the classrooms as soon as possible. He and other district officials also realize conditions aren’t the same now as they were less than a month ago. And while planning for a January hybrid reopening will go on, they know any plans made now could be delayed, or blown up.

“We might have to slow our roll a little bit, but we’re still working every single day to get kids who need to be back, back in the classroom,” board member Debra Mason said, “as soon as it’s safe, and possible.”

As Clark said, “There isn’t an easy fix for any of these issues we’re facing.”

COVID cases rise, County moves back to Purple
Fatal Crash Reported On I-680 Near Hwy 4 In Contra Costa County