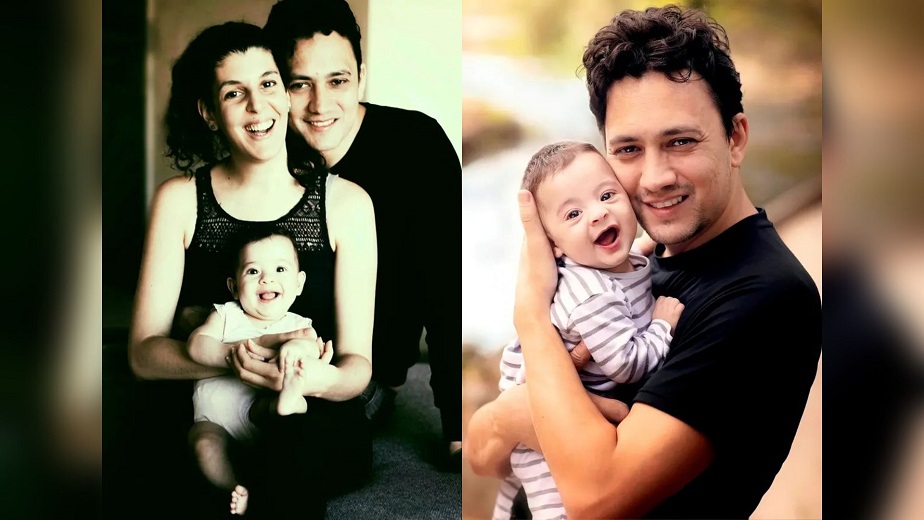 It’s just sad to hear that yet another young person’s life came to an end, especially if there was a chance to be saved if they had not been misdiagnosed and treated on time.

In this case, a brain tumor was wrongly diagnosed as migraines and sleep apnea, which eventually resulted in the death of a new father.

The 40-year-old, James, went to the doctor for the first time when he began to notice that he was feeling exhausted and getting up often throughout the night to use the restroom.

“James had been tired for a while, but I’d put it down to us having a newborn,” James’s wife, Myriam said.

Since his father had prostate cancer, Myriam was worried when he started getting up a lot at night to go to the bathroom. She told him he should see a doctor.

Despite the fact that all the tests came back clear, James continued to have dizziness, headaches and issues with his eyesight and was advised to visit a sleep clinic.

“It was there we were told James had sleep apnoea and his dizziness and headaches were the result of him not sleeping enough, which seemed to make sense, but between August and mid-October I took him to the doctor eight times,” says Myriam.

“James looked dreadfully pale, so I told him to go to bed and relax, but seven days later he was still there.

“Every day I told him he needed to go to the hospital but he insisted on resting. I wish I’d done something sooner but, in truth, I know it wouldn’t have changed anything.”

James’ health continued to deteriorate, and he was soon unable to eat. Additionally, he was experiencing severe pain in his eye. Soon after, an MRI was performed on him, which revealed the presence of a brain tumor in his pineal gland. The tumor was ultimately determined to be a fatal grade four glioblastoma.

James had surgery to reduce the size of his tumor, but unfortunately, he had difficulties during the procedure and passed away not long after.

“I held James’ hand as he took his last breath and his heart stopped. He died peacefully, which was kind of beautiful in a way. When you think about death you often think it’s going to be scary and loud but James looked beautiful and healthy from the outside, which is what made it so surreal for us as a family,” Myriam said.

“Having my second twins saved my life,” woman diagnosed with illness that left her days away from dying after giving birth to premature twins
Child suffered severe burns on his cheek and hand that might remain lifelong scars, Mother could not believe the cause of his injuries