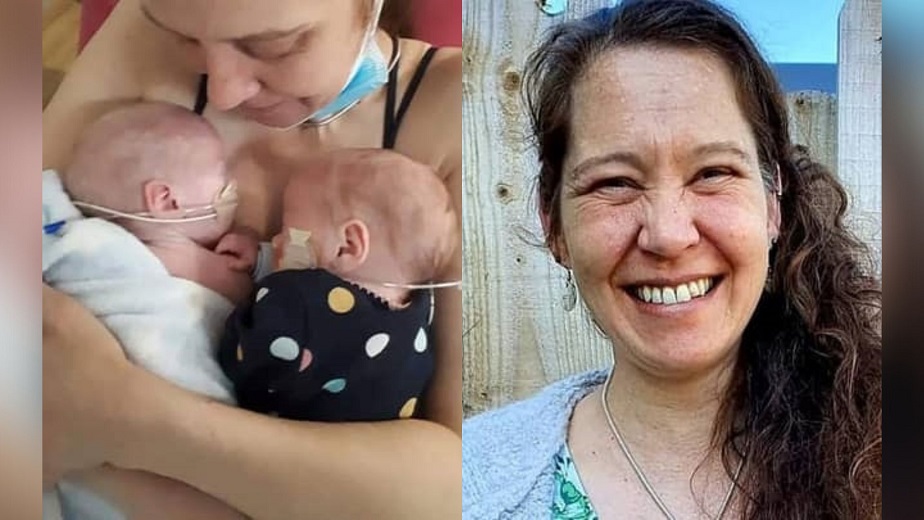 A mother was enjoying her pregnancy as much as she could and was spending the best time of her life for the second time, despite the fact that she had been suffering from symptoms that made her unable to move for years and doctors did not have the slightest clue what was causing her symptoms and could not diagnose the illness.

But the mother did not even think that the delivery of the second pair of twins would save her life.

Doctors were able to determine the cause of her symptoms after the 38-year-old woman, Jennifer, gave birth to the twins. They found out the reason that left Jennifer just days away from dying and caused her skin to rot was severe liver failure.

After delivering the twins prematurely, Jennifer asked doctors to administer her contraceptive injection since she was already a mother to two other children. That’s when they discovered two blood clots in her liver.

“I didn’t want any more children after a surprise second set of twins. After the injection, I swelled up with fluid, and I looked nine months pregnant again. After lots of tests, doctors discovered I had a two-blood clot on my liver. The second one was probably from the injection, and the first one had been there for a while. The clot caused my liver to swell up and led to all the strange symptoms. At this point, I was in severe liver failure. If they hadn’t caught it then, I might not have made it much longer. I can’t thank the doctors and surgeons enough-it was a long road but we finally got there,” Jennifer said.

Jennifer’s disease, which was eventually identified as Budd-Chiari syndrome (BCS), is a condition that affects the liver and causes the blood vessels to become narrow and blocked. The mother no longer has any discomfort after having a stent placed in her liver to improve the flow of blood.

She revealed that she’d noticed the blackening of the skin around her fingers and toes, as well as breathlessness, swelling in her legs, a loss of weight, and a yellow tinge to her skin.

“In a funny way, having my second twins saved my life,” Jennifer added.

Judge granted doctors permission to turn off the boy’s life support machine, parents appealed the decision as the boy showed signs of life
Father of a newborn would have lived longer if doctors treated him on time, they misdiagnosed his fatal disease for migraines and sleep apnea