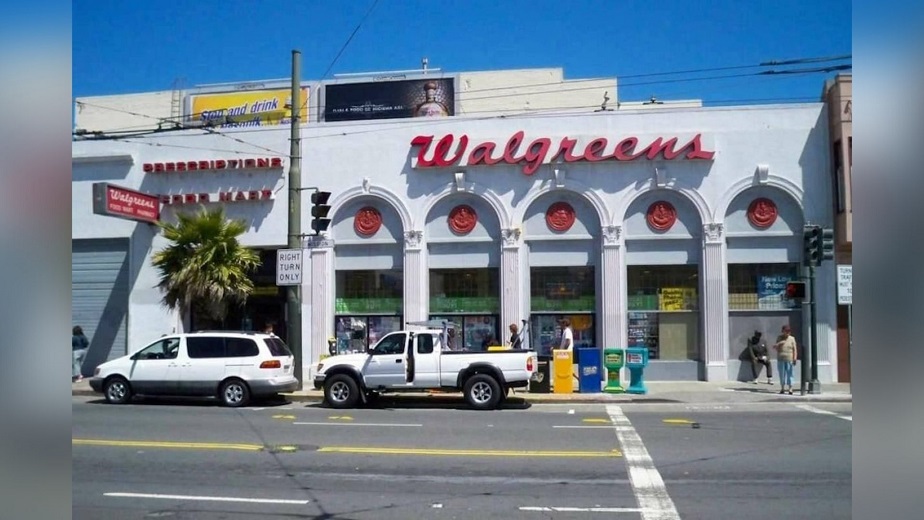 San Francisco, California – Walgreens said on Tuesday that five of its San Francisco locations will close due to retail theft.

“Due to ongoing organized retail crime, we have made the difficult decision to close five stores across San Francisco,” Walgreens said in a statement Tuesday.

“Organized retail crime continues to be a challenge facing retailers across San Francisco, and we are not immune to that. Retail theft across our San Francisco stores has continued to increase in the past few months to five times our chain average. During this time to help combat this issue, we increased our investments in security measures in stores across the city to 46 times our chain average in an effort to provide a safe environment,” the company said.

Upon hearing the news, San Francisco supervisor Ahsha Safai said the closures would severely impact children, families and seniors, many of whom get their prescription medications from Walgreens pharmacies.

“I am completely devastated by this news. This closure will significantly impact this community. This Walgreens is less than a mile from seven schools and has been a staple for families and children for decades,” he said of the Mission Street location. “The city needs to act with a sense of urgency to reduce and deter the number of incidents of commercial retail theft.”

“I need it to stay open, because now and then, I need me some Tums for heartburn, and this stays open and it’s right and its quick,” said Shawda Carol of San Francisco, speaking of the Cesar Chavez location. “They got a pharmacy up in there – I really love that.”

“Even in the location in my district on Mission and Ocean, couple months ago they started to put an officer there and it made a dramatic difference,” said Supervisor Safai.

But Safai said it’s too little too late, since that store is closing. He recently proposed legislation that would allow sheriff’s deputies to work as security guards for businesses.

Customers weighed in on why the problem is particularly bad in San Francisco.

“I think that the culture of leniency, there’s a laissez-faire attitude that we’ve had,” said Elena Norberg-Brown. “I’ve been ringing the alarm on this issue this past year. We’ve finally have gotten the attention of everyone.”

Norberg-Brown says it’s not uncommon to see people stealing at her neighborhood Walgreens in the Outer Mission.

Recently, Safai has been working with Walgreens and other retailers to find solutions to rampant and increasingly brazen retail thefts happening throughout the city.

Two weeks ago, Safai introduced legislation that would amend the city’s administrative code to allow sheriff’s deputies to contract with businesses, private events, and community benefits districts to provide security. Under the legislation, the private companies would pay the deputies’ overtime at no cost to taxpayers.

“With the recent rise in property crimes in San Francisco, the San Francisco Sheriff’s Office (SFSO) is ready to do its part in keeping our communities safe,” Miyamoto said. “Our office and members support the legislation that will allow for SFSO staff to have a presence in stores and businesses to keep everyone safe and reduce opportunities to commit crimes. It is important to help keep stores in our community for access not just to retail outlets, but pharmacies and medical services they host or provide.”

In addition to the proposed legislation, Safai has also convened a Commercial Retail Theft Working Group, which includes Police Chief Bill Scott and District Attorney Chesa Boudin and will make recommendations on policies.

Campbell police looking for suspects in connection to burglary, one of them dressed as Spiderman
AG Rob Bonta joins civil case against producers of ghost guns