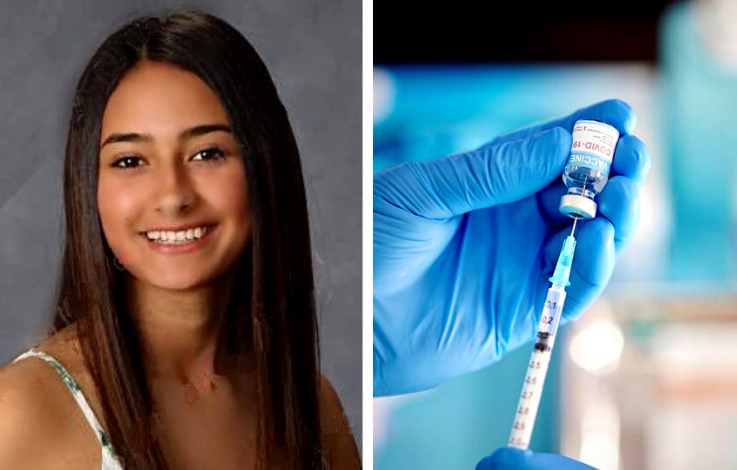 In the last couple of weeks, there is increasing trend of new Covid-19 cases countrywide, but the numbers still seem to be in the few-week average values. According to the Covid-19 tracker provided by the New York Times, there have been nearly 100,000 new Covid-19 cases recorded on Thursday, May 5, bringing the 14-day average to just under 68,000 daily cases.

The Covid-19 vaccination process has slowed down since February, but America still has one of the best vaccination rates globally. Per the CDC vaccine data, nearly 258 million Americans have received at least one dose of the vaccines, while fully vaccinated are 220 million Americans. 101,000 Americans are vaccinated with at least one booster dose, representing 45.9% of the booster eligible.

While the country reopened and almost all of the well-known pandemic measures are currently removed, some people are still required to follow specific Covid-19 measures and rules at work, universities, hospitals etc. Such is the case with a NY college student, who decided to speak publicly against the university after she was expelled from campus for not being boosted even though her doctor issued vaccine exemption due to possible adverse medical effects.

D. Puentes, who was attending Union College on a scholarship, has been vaccine hesitant since the vaccines were rolled out, citing her age, worries about adverse effects, and how quickly the vaccine was developed and put to market. Because of these reasons, she decided to apply for religious exemption, but the school rejected her request.

Having no other options left, Puentes decided to get vaccinated with the Pfizer vaccine last August, and fortunately, everything went well for her because she didn’t develop any symptoms. That was not the case few weeks later, when she received her second dose in September. According to Puentes, she became sick with a sore throat and other symptoms and she later suffered from extreme abdomen pain and vomiting and she was even hospitalized.

“These health problems culminated in her going to an emergency room, where she stayed for six hours and was diagnosed with gastritis,” reported The Chicago Thinker, which first broke the story few days ago. “Seven months later, she continues to have symptoms of vomiting and diarrhea.”

In addition to the vaccination, the young woman tested positive on the virus in December which means that she now has developed what scientists have called “hybrid immunity.” The New York Times reported in January that hybrid immunity is the “combined protection of pre-existing vaccine antibodies and natural antibodies from a breakthrough infection.”

Taking into consideration she now has strong Covid-19 immunity and the fact she still has symptoms since her second Pfizer dose, she wanted to skip the booster dose. She even got a medical note in which the doctor also claims she should skip the booster dose, at least for now, because she is currently in an unfavorable state of health.

“It is my opinion that Ms. Puentes be granted an exception from receiving the booster COVID vaccine,” her doctor wrote in a letter to Union College. “She currently is in an unfavorable state of health, presumably caused by the vaccine itself and getting this vaccine is ill-advised.”

Puentes provided the note from her doctor and asked for medical exemption. However, the college officials officially denied her request mid-April and she was expelled from school and told she had mere days to pack up and leave the campus.

“I was in class, I received an email stating, ‘you have been unenrolled and you have 72 hours to leave campus,’” Puentes told The Daily Wire in a phone interview.

Since her expulsion, friends of Puentes have organized a GiveSendGo account for the sophomore.

63-year-old elementary school special educator is accused of letting female student to sit on his lap before he started to touch her inappropriately and asked her if she liked it, charged
Single mother of a toddler blames daycare workers for failing to protect her 1-year-old girl who suffered bruises and bite marks after she was attacked by a 5yo boy while in their care, considers lawsuit