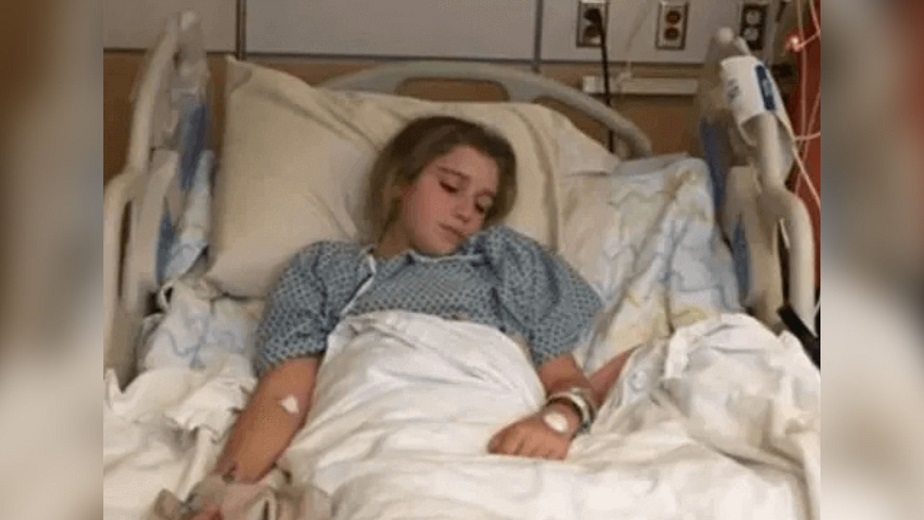 People think it’s fun to blow an air horn in someone’s face, but this needs to change so that what happened to Cindy doesn’t happen to anyone else.

Cindy, a 14-year-old schoolgirl, had her life changed permanently by an air horn blown by her friend’s stepfather during dinner with the family.

The incident happened when Cindy picked up her phone to receive a call while waiting for food on the dinner table. Her friend’s stepfather, who saw that she had been rude, then decided to punish her. Immediately after he blew the air horn on her face, she began experiencing excruciating pain, which continued for days before her mom rushed her to the emergency room. It was discovered she was suffering from a rare disorder known as hyperacusis.

Hyperacusis is due to neurological or inner ear damage that is not curable. Everyday noise such as dog barking, sirens blaring, baby cry or people shouting that seems normal results in a burning and stabbing pain which take days to recover from. This has resulted in a total turn-around for the young lady as she is forced to step out of school and become a home-schooled student.

The damage caused to Cindy’s health has totally affected her socially, just like the case of her 14th birthday, where she requested to visit the aquarium, 20 minutes in the aquarium and she could bear the pain. This has extended to her inability to attend public school with another student, go to parties, functions, or might even hinder her from getting a job later in life.

Cindy said she was very angry at first and then sad after she discovered the total turn around in her life, but now she is taking the situation a day at a time. Since one high-pitched noise results in an hour of debilitating agony and days to recover from prolonged noise, she now has no choice but to resort to noise-blocking headphones and earpieces that produce white noise as a form of sound therapy, which helps in minimizing the pain throughout each day. Surprisingly, Laurine, Cindy’s mother, said she decided to take no legal action. Some of Cindy’s friends also think she is pretending. Laurine said she has decided to forgive instead and take the day a step at a time.

This simply pointed out that kids can be forgetful, break rules, or even act rude sometimes, and it is the adult’s responsibility to correct and remember that punishment should start with a discussion. This situation could have been averted if the man simply told her to put down her phone or told her she wouldn’t be welcomed back in the house again if she couldn’t obey simple dining rules. This is obviously a wake-up call to parents who decide to punish children unduly. We can only wish the case was curable, but do you agree with Laurine’s decision? Shouldn’t legal action be taken? Is the man not supposed to pay for his actions, especially with his unapologetic attitude?

Armed man breaks into a home, regrets it instantly after the homeowner lays hands on him
Waitress mocks disabled child, mother picks up a glass and smashes it against the waitress’ head