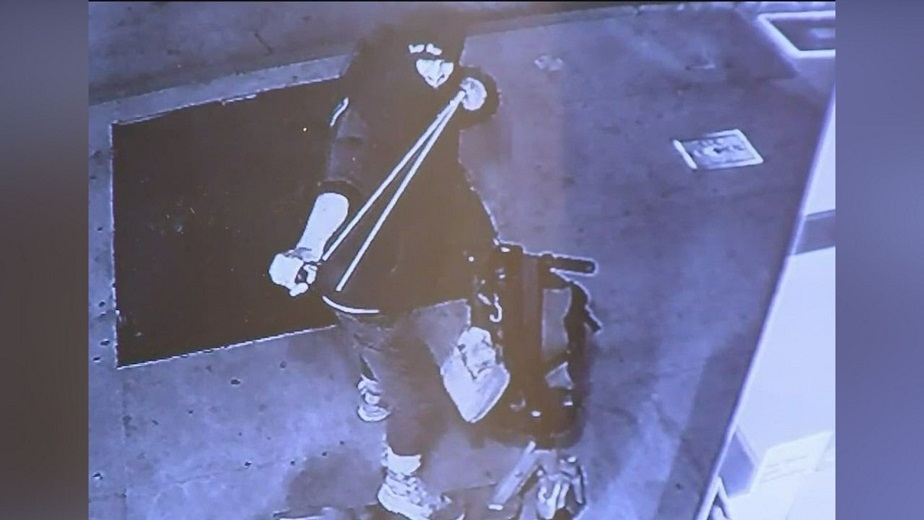 San Francisco, California – City officials announced Wednesday from the Sunset District that small business owners in San Francisco may now apply for grants to help with the financial burden of storefront vandalism damage.

Business owners may receive up to $2,000 through the Storefront Vandalism Relief Grant program to assist pay for repairs, such as shattered windows, or to improve store security. With $1 million in this year’s funding, the organization hopes to help more than 500 firms. Qualifying firms must have had less than $8 million in sales in 2020 and be able to demonstrate vandalism damage that occurred on or after July 1, 2020.

Mayor London Breed joined Supervisor Gordon Mar Wednesday at Footprint, a shoe and apparel  store at Taraval and 27th Avenue, to hand owner Michael Hsu a $2,000 check to help pay for vandalism damage. Hsu said his store was hit twice in one night back in February.

The first suspect used a blowtorch to break the glass door and steal some of the store’s more expensive clothing items. Later the same night, looters went in and ransacked the shop. Hsu said the stolen merchandise was worth tens of thousands of dollars.

Mar said the Sunset District has seen a rise in burglaries and vandalism incidents. Just two of several victimized businesses he named are Mr. Bread bakery on Taraval between 20th and 21st avenues and Frank’s Floral Shop, which was recently robbed and torched near 19th Avenue and Irving Street.

“This has been a very concerning and troubling trend that we’ve seen during the pandemic really impacting our neighborhood businesses that are the heart and soul of our communities.”

The supervisor said it was Hsu who suggested the grant idea when Mar visited his store after it was vandalized, which inspired him to propose the budget appropriation in June.

“Michael mentioned that it’d be helpful to owners like him (who) suffered these losses to have a little bit of financial support in their recovery, whether it’s to repair the broken windows or damage to the storefront, to pay their insurance deductible or to beef up their security system.”

Breed said that when small businesses are hit by vandals, The City needs to stand by them, adding:

“We have to provide the relief and the support that they need because it’s not just about the business owner and their livelihood. It’s also their employees who are supporting families themselves.”

In June, police arrested another 43-year-old man suspected of causing over $35,000 by smashing windows of several businesses in a number of different neighborhoods, .

Hsu said he plans to use his grant money to help pay his insurance deductible, adding:

“Our deductible is what this grant really helps us cover, and we have to sell a lot of shoes to even get to that deductible. So, this fund really will help small businesses.”