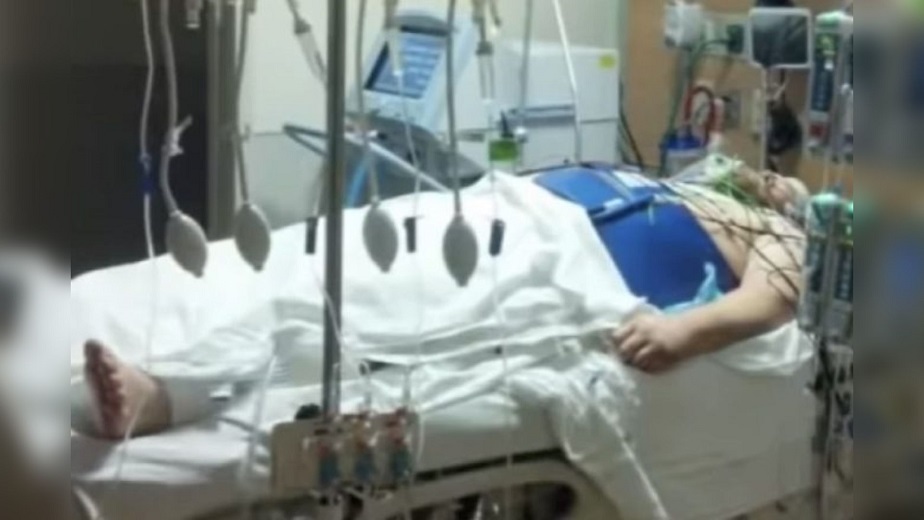 The fact that this man is now smiling and walking makes it a medical miracle, as his brain was without oxygen for over 45 minutes.

To make matters even more incredible, he woke up with an amazing story about the afterlife.

A truck driver, Brian, shocked hospital staff when he came back to life nearly an hour after losing a pulse after suffering a massive heart attack. Brian claims what he saw in those tense moments convinced him there is an afterlife.

The 41-year-old Brian was opening the trailer when he felt something was wrong; he immediately called 911 and told the operator: “I’m a truck driver, and I think I’m having a heart attack.”

As per reports, his main artery was completely blocked, causing a heart attack.

He was immediately taken to a local hospital, where doctors managed to revive him and remove the blockage, but after regaining consciousness, he developed ventricular fibrillation, when the heart begins to flutter wildly and cannot pump blood.

“He had no heartbeat, no blood pressure, and no pulse,” said nurse Emily.

The doctor performed strong, vigorous, and rapid CPR, shocking him four times in an attempt to revive him, but had no luck.

At that time, Brian experienced a clinical symptom:

“The only thing I remember is that I saw a light and I started walking towards that light,” says Brian.

He described walking down a flower-lined path toward a white light until he ran into his stepmother, who had recently died.

“She was the most beautiful thing when I saw her; it was like the first day I met her; she looked so happy.”

Brian says she grabbed his hand and said:

“It’s not your time; you shouldn’t be here; we have to get you back; you have more to do.”

After more than 45 minutes, his pulse returned “out of nowhere,” Emily said.

“His brain was deprived of oxygen for 45 minutes, the fact that he’s walking, talking, laughing, everything is amazing,” explains a stunned Emily.

Happy to be back among the living, Brian said the experience has changed his views on life after death and that he is now absolutely convinced there is an afterlife, which he said people need to believe in.

Mother posted a video of her baby and then got a message from a stranger that something was wrong, she is grateful to her for noticing the abnormality
His mother abandoned him because she did not want to raise a “monster,” today he is an inspiration to others